The Department of Homeland Security (DHS) issued its first approvals of applications for Deferred Action for Childhood Arrivals (DACA) this week. This was months ahead of DHS’s own timetable. We had been told not to expect approvals until late November.

The news of the first batch of approvals comes at the same time as the DHS announced that 72,000 people applied for the program in the first three weeks of implementation. While that sounds like a big number, it is a drop in the million application bucket that some predict for the first year. And several immigration lawyers have told me that the number of new applicants they have seen in the last few days has fallen. The perception is that many DREAMers are mistrustful of this program, and are waiting to see friends and relatives get their work authorizations before they apply themselves.

If properly administered, DACA can be a program that benefits DREAMers in more ways than simply receiving a work authorization. It encourages them to stay in school, to get good paying jobs with benefits, and to pay taxes. It allows them to test for a driver’s license, and discourages them from driving under the influence of alcohol. But it can only work its magic if DHS responds to new applications with timely decisions based on clear guidelines.

By making a very public announcement that the first approvals have gone out, DHS is spurring the next round of applications. 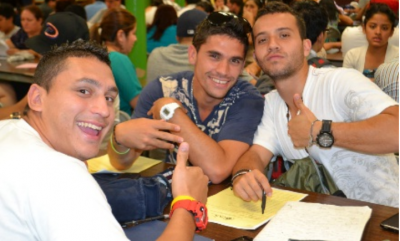