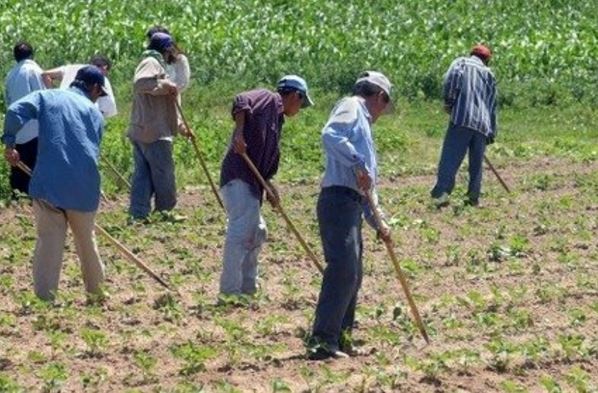 While anti-immigrant militants claim that undocumented workers are flooding into the U.S. to take jobs away from the native-born, statistics show that the size of the undocumented workforce has remained steady for nearly a decade. The report from Pew is based on Census data.

About one-in-twenty workers in the U.S. labor force is an undocumented immigrant. That number has held steady for years. According to the study:

There were 8 million unauthorized immigrants in the U.S. working or looking for work in 2014, making up 5% of the civilian labor force, according to new Pew Research Center estimates using government data. The number was unchanged and the share was down slightly since 2009, the year the Great Recession officially ended. 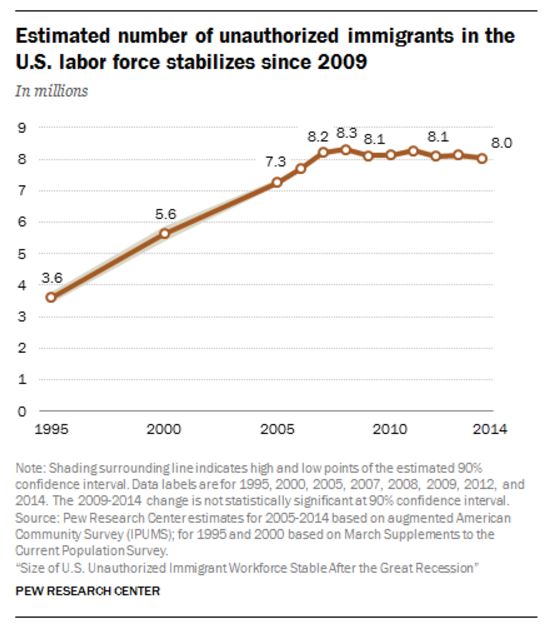