On June 14, I spoke in defense of religious freedom at the Islamic Center of Long Island in Westbury as part of a counter-hearing in response to Rep. Peter King’s marginalization of the Muslim American community. King’s congressional hearings on so-called Muslim radicalization continue today.

I want to take the time to put some of what I said yesterday into print.

As a young girl growing up in Port Jefferson, I could have never imagined that Muslims would one day be singled out and deemed a threat to national security. The people I knew – regardless of faith or ethnicity – weren’t like that. Or so I thought.

Some of my fondest memories are playing and learning with friends at the Islamic Association of Long Island in Selden, the first established Muslim community on Long Island. Born and raised Muslim American, the freedom and acceptance I felt through this experience enriched my sense of identity and belonging. I also had lots of non-Muslim friends and neighbors, and I never thought of us as anything but one singular community.

However, it now seems as if an “us and them” mentality has emerged, replacing a spirit of togetherness and cooperation, with King’s hearings casting a negative and suspicious light on an entire group of people based on their religious beliefs. What happened to our constitutional right to religious freedom and our core value of tolerance? 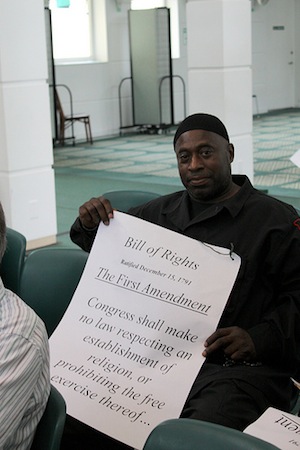 We cannot forget that Muslims are an integral part of the American story. Having arrived during colonial times as slaves from Africa, Muslims are not a new immigrant group here in the US.

And like people of other faiths, we are diverse by race, culture, and national origin, contributing to the rich mosaic of the nation, and Muslims represent almost every professional background and walk of life.

As I’m sure Peter King well knows, Muslims died in the 9/11 tragedy, and Muslims were also among the first responders on that same terrible day. In response to that attack, Muslims have risked their lives for this nation serving in Iraq and Afghanistan.

Muslims are part of the face of America.

Sadly, the King hearings are unconcerned that they’re equating words like “terror” and “radicalization” to Islam. In actuality, Islam means “peaceful surrender to our creator.”

Instead of targeting an entire faith group, we should be examining the criminal acts themselves, and the overall plight of extremist ideology, from acts like that of Oklahoma City bomber Timothy McVeigh to the case of Shawna Forde, a border militia leader who recently received a life sentence for killing a 9-year-old girl and her father in Arizona. 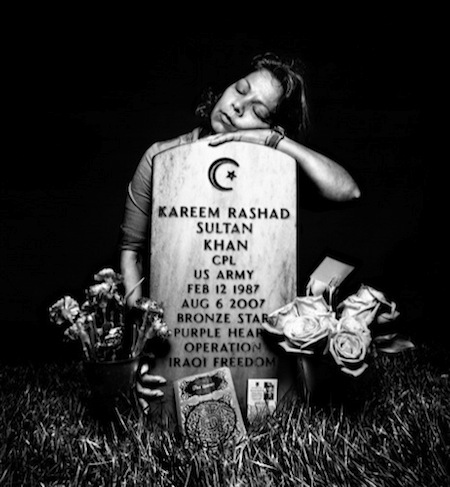 This image appeared in a 2008 photo essay by Platon in The New Yorker.

Instead, King, whether he’ll admit it or not, has chosen to consider all Muslims guilty by association.

As someone who has volunteered with the Long Island Multi-Faith Forum and worked for the Long Island Council of Churches Mobilized Interfaith Coalition Against Hunger campaign, I recognize the importance of building bridges and promoting interfaith understanding.

Sorry, Congressman King. I am not willing to assume such guilt and discrimination.

These hearings may be happening at the national level, but I can feel the impact here at home; not just when I turn on the news, but when I look in the mirror. Is this how our leaders view me?

But, as I said, I grew up on Long Island. And the community I know isn’t the one portrayed by Peter King’s demagoguery, singling out entire faith and ethnic groups because of the actions of a select few.

I remember the Long Island of my childhood as a welcoming place to different types of people. Let’s work together and make that memory – whether it was real or not to begin with – a reality.

Neelofer Chaudry lives in Port Jefferson and currently works on policy, advocacy and education issues in communities of color for the Long Island Minority AIDS Coalition.