This past August, I traveled to Nicaragua for 10 days with a group of college students to participate in a community service project aimed at building adequate housing for those without the means to do so.

The volunteers were made up of students from Emerson College, where I go to school, and Stonehill College, and was sponsored by FriendsNE, a Boston-based organization.

We stayed in a town called Chacraseca, located nine miles from Leon on the western side of the country.  We didn’t waste any time in getting to know the locals; they’re friendly and open people who do not let the language barrier keep them from being social with visitors like us. Women in the community cooked our meals for us and we quickly came to understand the depths of Nica hospitality, even if people live modestly and have little money. 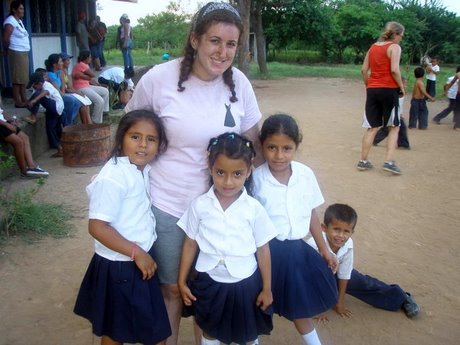 Our main project was building a house for a family of four, who expressed their gratitude. We also spent time learning about an upcoming project organized by FriendsNE to build a community library next to the town’s Boys and Girls Club. That project will be undertaken a group of Northport High School alumni in December.

In addition to our work on the house, the venture included a clothing sale in the community that raised money for school uniforms, visits to local schools, and interaction with students from the public university in Leon.

We visited four different schools where we played and learned along with the students in an effort to better understand the education system in Nicaragua, and to work with the students in laying the foundations for the soon-to-be-built library. I was surprised by how much Spanish I remembered from high school and was grateful that I could communicate, at least a little.

When we weren’t working, we took in the sights and sampled Nicaraguan culture, including horseback riding and a hike up the Cerro Negro volcano. As we traveled between villages and cities, we noticed how different Nicaragua was from the United States. It’s one thing to look at pictures online and quite another to be immersed in poverty firsthand.

The whole experience really opened my eyes and made me thankful for the little things in life. It’s hard to complain about your own problems when you see what most Nicaraguans have to deal with on a daily basis. Many of them don’t know when they will get their next meal and have few options when a loved one falls ill. 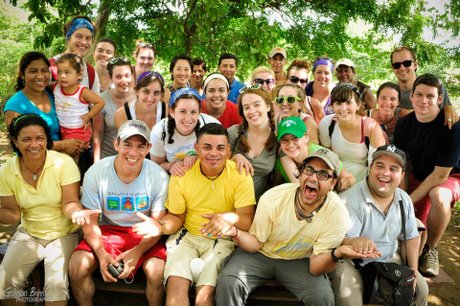 While Nicaragua is one of the poorest nations in our hemisphere, I felt at home there, from the beautiful culture to the friendly faces I encountered during the trip. The people I met were ambitious and motivated to better themselves, but their opportunities are limited because of unfair global economic policies that only benefit the wealthiest people in their country.

I am already looking forward to my next trip to Nicaragua and finding more ways to make a difference in a country I’ve grown to love. If anyone wants to donate to this worthy cause, visit the FriendsNE website, or get involved with the New York iteration of the organization Friends of Students for 60,000. Every bit counts!

Marissa Lasoff is a junior studying marketing communications at Emerson College in Boston.