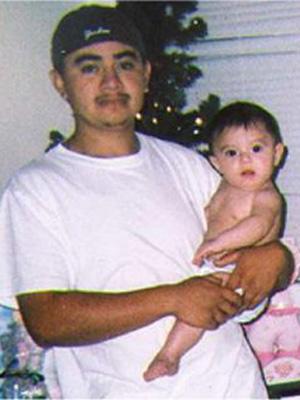 Longtime readers of this blog know that we have devoted extensive space to covering the 2008 hate killing of Mexican immigrant Luis Ramirez by a group of white high school students in Shenandoah, Pennsylvania.

Now several of the officers involved in handling the crime are on trial for an alleged cover-up. More on that later.

Ramirez’s attackers – Derrick Donchak and Brandon Piekarsky – had two trials, and we covered both: In the first trial, the two young assailants were acquitted by an all-white jury of all major charges and faced less than a year in jail.

In a federal trial that followed, the pair were convicted of a hate crime for the attack, as well as other charges. They will face the possibility of life in prison at a sentencing later this month.

Long Island Wins also covered the arrest of three Shenandoah police officers charged with covering up the young men’s role in the killing. The cops went on trial last week.

One of the witnesses against the cops is a retired police officer, Eileen Burke. Burke lived right next to the scene of the killing and she was one of the first on the scene after Ramirez received his fatal kick in the head. According to Burke, she had to stop one of the responding police officers from kicking the dying Ramirez.

“If you kick him or assault him, you’re going to have to arrest me,” Burke testified she told Police Lieutenant William Moyer in the minutes following the attack.

On Thursday, Colin Walsh, one of the six young men involved in the attack on Ramirez, testified that Shenandoah Police Officer Jason Hayes met with the young men after the assault and listened as they concocted a false story about the events leading up to the killing. At the time, Hayes was romantically involved with the mother of Piekarsky, who was later convicted of delivering the blow that killed Ramirez.

“We were talking about how we needed to get our stories straight,” Walsh testified.