It’s been just over 90 days since the comprehensive immigration reform bill, which includes a path to citizenship for the 11 million undocumented immigrants, passed the Senate with overwhelming bipartisan support.

In that time, more than 101,000 senseless deportations have occurred, ripping apart more than 1,120 families every single day. Many of those deported would have benefited from the Senate immigration bill. But because of the inaction of the House of Representatives, we instead have thousands of families separated on a daily basis.

In the same 90 days that those 100,000 immigrants were deported, another 396,000 Latino and Asian citizens turned 18 or were naturalized and became eligible to vote. An additional 4,400 become eligible every single day, and they’ll remember the GOP House’s inaction in 2014, 2016, and beyond.

Check out the running tally of senseless deportations that are occurring every day, as well as the newly eligible Asian and Latino voters, courtesy of America’s Voice. 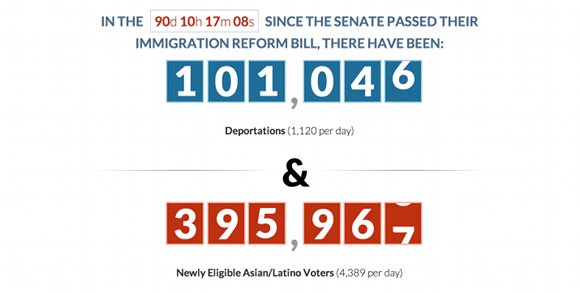 The Immigration Policy Center released an infographic summarizing all of the costs that we have incurred as a nation in doing nothing on immigration reform.

All the while, we are losing out on $5.4 billion in tax revenues that we would gain from the newly legalized under the Senate immigration bill. 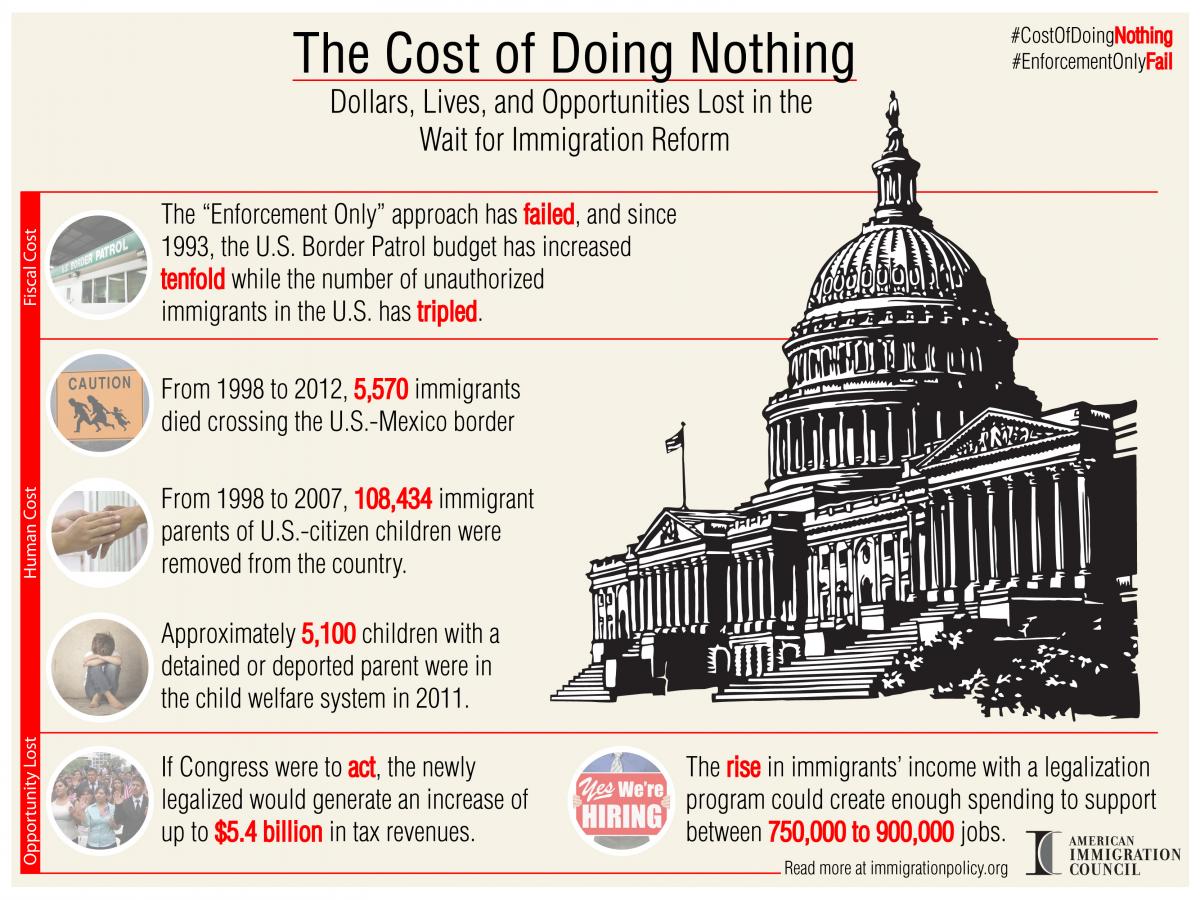 Our current immigration system is clearly broken. The Senate immigration bill on the table is the best effort we have made in decades to fix it. But because of the inaction from the House of Representatives, billions of dollars continue to be wasted and thousands of families are separated. The time is now to pass real comprehensive immigration reform.