Lesbian, gay, bisexual, and transgender immigrants have the difficult distinction of belonging to two groups that routinely are targeted by discriminatory and dysfunctional government policies. In trying to pursue the American dream, LGBT immigrants often find themselves trapped in a difficult predicament. 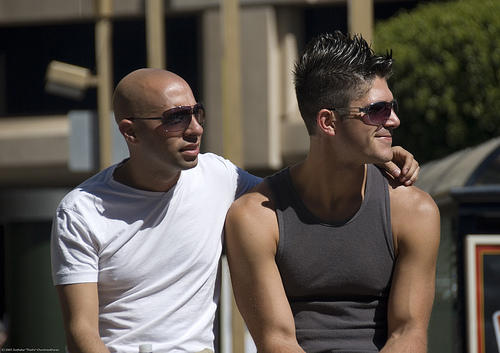 As the lawsuit unfolds, a legislative fix is pending in Congress. The Respect for Marriage Act would repeal DOMA. The bill was introduced in both the Senate and the House of Representatives earlier this year but has stalled in legislative committees.

Another potential legislative remedy, The Uniting American Families Act, would allow individuals to bring their “permanent partners” into the country for immigration purposes. What better way to announce to the international community that we both honor LGBT individuals and recognize the flaws in our immigration system? Sadly, that bill is also languishing at the committee level.

And then there are asylum seekers—people who come to the United States from countries like Uganda, Iran, or Saudi Arabia where they face terrible persecution – including imprisonment or even execution – because of their sexual orientation or gender identity.

Since 1994, the United States has recognized persecution based on one’s sexual orientation as grounds for asylum, but the process of applying for asylum is extremely complicated. Too often, people who desperately need protection are denied asylum through technicalities.

We can overcome these and other challenges facing LGBT immigrants, but it will take hard work.  The first step is to explore these issues in detail and learn how to advocate effectively for justice. Please join us on October 6 at 6pm at Nassau Community College to participate in our workshop, “The Other Side of the Rainbow: Advocating for the Rights of LGBT Immigrants.”

We have the chance to make history.

The Other Side of the Rainbow: Advocating for the Rights of LGBT Immigrants

—How do both immigrant and LGBT individuals struggle for equality?

—What can you do to incorporate immigrants’ rights into your LGBT advocacy?

With a keynote address by Victoria Neilson, Legal Director for Immigration Equality

When: Thursday, October 6 at 6pm
Where: Nassau Community College

Erin Mansfield is a community organizing intern with the Nassau and Suffolk Chapters of the New York Civil Liberties Union. She is also a senior at Stony Brook University.