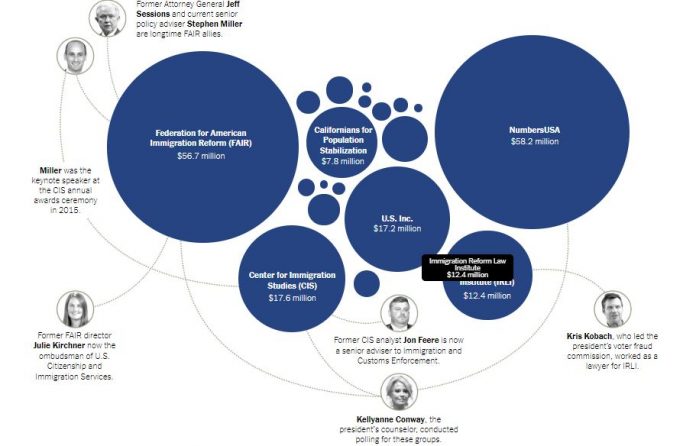 The New York Times is running a series on The New Nativists. Today’s article focuses on the wealthy heiress whose fortune helped start the network of anti-immigrant organizations that supply Donald Trump with hateful rhetoric and white nationalists with immigrant targets for their violent rage.

Cordelia Scaife May is the sister of Richard Mellon Scaife, the notorious bankroller of right-wing causes. Scions of the founders of the Mellon Bank, the two used their fortunes to help jump-start a host of organizations dedicated to the disenfranchisement of non-white Americans. Cordelia’s passion was for halting the browning of America. Although she has been dead for more than a decade, her money has been supplied to white nationalist groups to the tune of $180 million.

The Times traces her opposition to non-white immigration to her early association with the population control movement and Planned Parenthood. Originally operating within the mainstream of those groups, by the late 1960s she had come to see black and brown immigration as the chief threats to the United States. She began to describe immigrants, including those with visas, as “invaders” and she advocated tight controls on the admission of non-white people.

According to the New York Times:

Mrs. May’s story helps explain the ascendance of once-fringe views in the debate over immigration in America, including exaggerated claims of criminality, disease or dependency on public benefits among migrants. Though their methods radically diverged, Mrs. May and the killer in the recent mass shooting in El Paso applied the same language, both warning of an immigrant “invasion,” an idea also promoted by Mr. Trump.

In many ways, the Trump presidency is the culmination of Mrs. May’s vision for strictly limiting immigration. Groups that she funded shared policy proposals with Mr. Trump’s campaign, sent key staff members to join his administration and have close ties to Stephen Miller, the architect of his immigration agenda to upend practices adopted by his Democratic and Republican predecessors.

“She would have fit in very fine in the current White House,” said George Zeidenstein, whose mainstream population-control group Mrs. May supported before she shifted to anti-immigration advocacy. “She would have found a sympathetic ear with the present occupant.”

Although Cordelia blamed immigrants for environmental degradation and crime, she flew a private jet to travel on birdwatching expeditions and her husband killed himself as the authorities were about to charge him with a felony.

The chart below shows where Scaife’s money was spent and the policy makers connected to these hate groups. 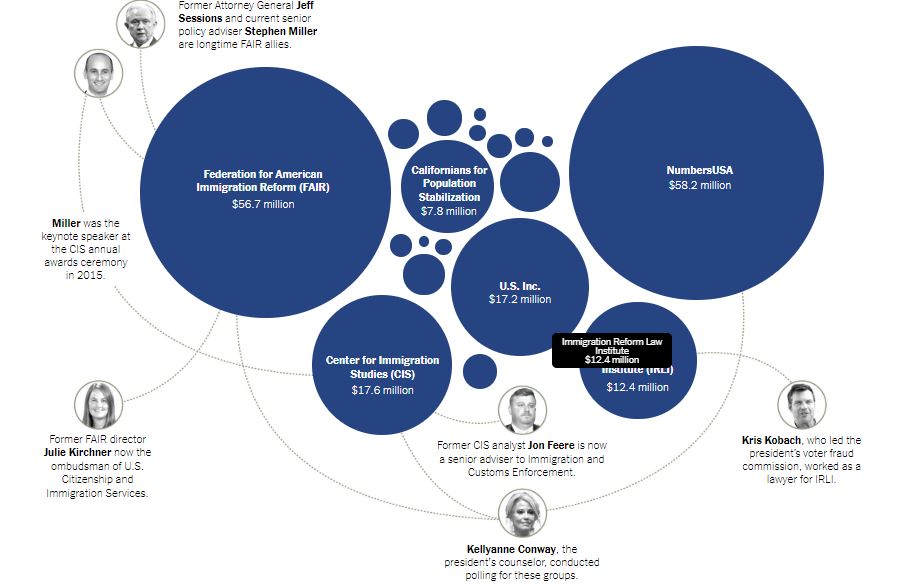