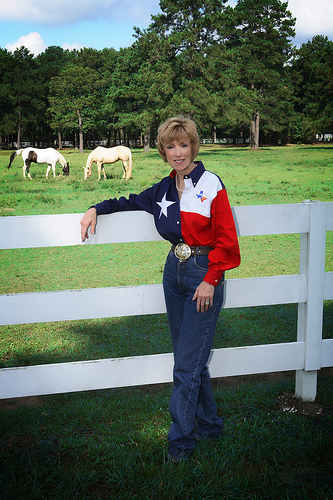 Debbie Riddle, a Texas state representative, made headlines two months ago when she waited for hours outside the state capitol in Austin so that she could be the first to file an anti-immigrant bill.

Now one of those bills is attracting some unwanted attention. Riddle’s HR 1202 takes a get-tough approach to employers who hire the undocumented by issuing up to $10,000 fines per offense. Conviction also carries a possible six-month jail sentence.

But it isn’t the get-tough part that is embarrassing Riddle. It’s the exemption.

The bill forgives the employment of domestic servants like maids, groundskeepers, and nannies. Apparently, even wealthy Texas conservatives rely on the undocumented to mow their lawns, diaper their babies, and clean their homes.

And Riddle wouldn’t want to see her rich donors hauled off to jail for exercising their constitutional right to exploit immigrant labor.