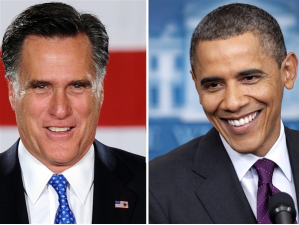 Ted Hesson, formerly our editor on this site, has a neat blog up today on Univision about the reasons immigration should be a topic in tonight’s presidential debate at Hofstra. Read the full story here, but these are excerpts:

“I guess the answer to that is the most pressing questions are those on the economy,” said Rosanna Perotti, the chair of the Hofstra University political science department. “Foreign policy came to the forefront the other day at the vice presidential debate but that’s probably because one of the big questions about the Romney camp is whether it has enough expertise on foreign policy.”

This brings us to tonight’s town hall presidential debate on Long Island, hosted by Hofstra University. In many ways, Long Island, America’s first suburb, is the quintessential example of how the country is being shaped by Latino immigration. From 1990 to 2010, the Hispanic population on Long Island grew from roughly 165,000 to 442,000—a 167 percent increase. And Hispanics accounted for 16 percent of the total population in Nassau and Suffolk counties in 2010, exactly on par with the percentage of Hispanics nationwide.

So if there were ever a time and a place for the subject to come up, it should be tonight. Here are five reasons why.

1. A Lot of Immigrants Live There

The top three sending countries across the island—El Salvador, India and Italy—account for 22 percent of Long Island immigrants, followed by immigrants from the Dominican Republic, Haiti, Colombia, Jamaica, and Ecuador.

While Latino growth is notable on Long Island, the diverse makeup of immigrant groups makes it an ideal place to touch on national issues like the DREAM Act, visas for high-tech entrepreneurs and the immigration enforcement program, Secure Communities.

2. There’s a History of Racial Tension

In November 2008, a group of seven teens from eastern Long Island attacked and killed Ecuadorian immigrant Marcelo Lucero. As it turned out, the attack wasn’t a one-time occurrence. Members of the group had gone out “beaner hopping”—slang they used for assaults against Latinos—before that night.

A question about hate crime may be unlikely, but it wouldn’t be irrelevant. After the shooting this August at a Sikh temple in Wisconsin, it’s the kind of question the candidates should be answering.

While less so in recent years, political rhetoric around immigration was common on Long Island throughout the 2000s.

One of the most vocal opponents of illegal immigration in the country was former Suffolk County Executive Steve Levy, a Democrat who became a Republican in 2010. During his tenure, he openly griped about the economic impact of people he referred to as “anchor babies”—U.S.-born children of immigrants—and backed a proposal to deputize police officers to enforce immigration law.

In 2011, Levy halted his campaign for a third term in office in order to stop an investigation into improper fundraising, surrendering more than $4 million in campaign funds as part of a deal with the Suffolk County District Attorney’s Office.

The stage at Hofstra will provide an opportunity for both candidates to appeal to the Latino electorate. That means there won’t be much room for negative or unrealistic solutions regarding illegal immigration. If anything, expect “Hispandering.”

4. Their Economy Depends on Immigrants

Immigrants make up 16 percent of the population on Long Island, but account for 17 percent of its total economic output, according to “New Americans on Long Island: A Vital Sixth of the Economy,” a report by the Fiscal Policy Institute.

The economic impact of immigration could make for a great question. Congress has considered several bills opening up more visas for high-tech entrepreneurs and President Obama’s deferred action program is letting young undocumented immigrants live and work in the U.S. The debate could be a chance to look at the impact.

While Long Island is considered one of the most segregated places in the country, minority communities are growing, spurred on by growth from immigrant groups. Latinos, blacks and Asians make up nearly 30 percent of the population on Long Island, but that hasn’t necessarily translated to a voice in politics. That will be hard to avoid when this group makes up such a large part of the voting bloc.

According to the latest census data, the non-Hispanic white majority will end in 2042. That means that Long Island isn’t the only region in the country where minority groups are growing, and where questions of education, healthcare, transportation and jobs will be at the forefront.

The economy and jobs will clearly be on the radar of the candidates tonight—but the audience may surprise Romney and Obama with a question that not only asks about jobs, but about jobs for Latinos.