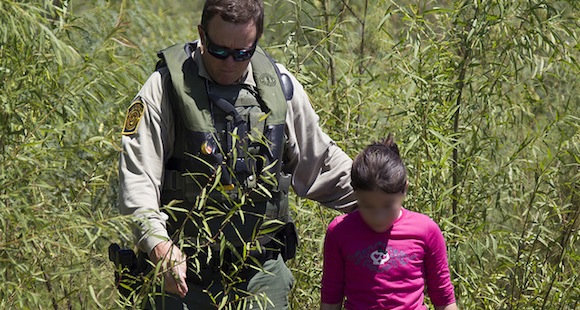 Already a nightmare for immigrants in “normal” times, humanitarian crises in countries such as Honduras, El Salvador, and Guatemala, which are plagued by extreme violence, gangs, and drugs has recently sent a surge of women and children towards the U.S., seeking refuge.

The grueling journey requires them to travel through Mexico, where police, gangs, and thugs are a constant threat. They often face abuses at the hands of smugglers and human traffickers. Many fail to make it to the U.S. or die along the way.

Immigration and Custom Enforcement (ICE) is unequipped to handle such volumes, particularly of immigrants who represent such a clear humanitarian challenge. As a result, immigrants are being dropped off at bus stations with little more than a bottle of water and some chips. Medical supplies, food, and even beds are in short supply. Many are being shipped across the country—some as far as San Diego—depending on where resources are available.

But even this comes with complications. Many of the children are weak, sick, and emotionally distraught. And with medical care lacking, many fall victim to diseases like chicken pox, scabies, and staph infections.  In addition, new reports are also coming of physical and verbal abuses being suffered by minors at the hands of immigration officials.

Political opponents of comprehensive immigration reform have been critical of the prospect of letting challenging new immigrants out into American life, adding to the 11 million who already live in the shadows. However, many of these same opponents are ALSO opposed to President Barack Obama’s $1.4 billion plan to use resources such as the U.S. army base Fort Sill in Oklahoma as a temporary holding station for children apprehended crossing the border.

The result of this damned-if-you-do-damned-if-you-don’t attitude only serves to strain further an already resource-thin Department of Homeland Security (DHS). DHS has estimated it will arrest between 90,000 and 142,000 children this year alone. Earlier this year, that number was estimated as 60,000, nearly three times as many captured in 2013.

This new humanitarian crisis only adds urgency to the already urgent task of fixing America’s broken immigration system by finally allowing what the vast majority of Long Islanders and Americans support—an accountable system that allows for an earned path to citizenship. It’s time to get moving on.