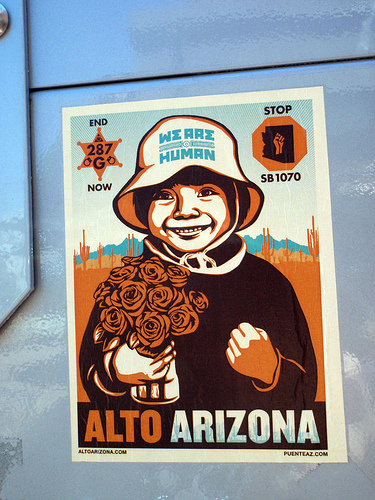 The U.S. Supreme Court could decide as early as Monday whether it will hear arguments on Arizona’s SB 1070.

“The Supreme Court will meet behind closed doors on Friday to take a first look at a challenge to Arizona’s strict immigration law and decide whether or not to take up the case.

The law, passed in April 2010, is one of several recent attempts by various states to play a more aggressive role in immigration-related matters.

The Obama administration challenged the Arizona law as soon as it passed, arguing that it interferes with existing federal law.

“Federal law and policy do not adopt such a one-size-fits all approach to enforcement,” argued Solicitor General Donald B. Verrilli in court briefs. “The officials who enforce the nation’s immigration laws require significant discretion in order to balance numerous goals and purposes …  including law enforcement priorities, foreign-relations considerations and humanitarian concerns.”

Siding with the administration, the lower courts blocked several key provisions of the law from going into effect until the courts have a chance to make a final judgment.”