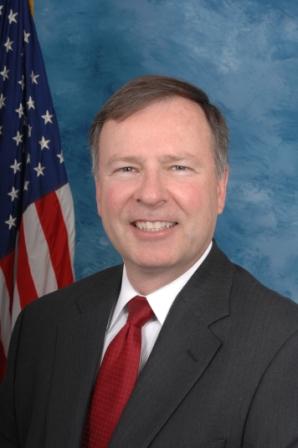 How much of Republican opposition to the Obama presidency is rooted in race? Regardless of the answer, a recent comment by a Colorado congressman certainly brings that question to the forefront.

Last week, Rep. Doug Lamborn (R) referred to Obama as a “tar baby” on a Denver talk show, apparently not satisfied with the use of thinly veiled racism, and, instead, opting for the overt variety:

Even if some people say, ‘Well, the Republicans should have done this or they should have done that,’ they will hold the president responsible. Now, I don’t even want to have to be associated with him. It’s like touching a tar baby and you get it, you’re stuck, and you’re a part of the problem now and you can’t get away.

As one blogger wrote, Lamborn probably gets a lot of laughs saying things like that at Tea Party events, but for some reason, it just didn’t play well in public.

In response to the comment, Legis. DuWayne Gregory (D-Amityville), who is African American, issued a press release yesterday urging Long Islanders to call Lamborn’s office and tell him that racially charged phrases like “tar baby” have no place in our political discourse.

Here’s the press release, as well as phone numbers for the Colorado congressman’s offices:

“Last Friday Congressman Doug Lamborn’s (R-CO) reference to President Obama as a “tar baby” on a Denver radio station was highly offensive and inappropriate.  The remarks were made in an interview about the heated debate and negotiations on raising the debt ceiling.  This type of language is symptomatic of where our political discourse now resides.

Congressman Lamborn a relatively new member to the House of Representatives and member of the House Armed Services Committee felt it appropriate that he refer to the Commander in Chief of our US Armed Forces as a ‘tar baby.’  This level of disrespect is astonishing, particularly as the nation deals with our sons and daughters fighting in two wars.  As an African-American I am extremely offended by Congressman Lamborn’s language.  But, I am also offended as a veteran of our armed forces.  Our service members and veterans recognize that it is extremely important to respect the leadership of our Commander in Chief.  It is not the person who deserves the respect, but, more so, the office.  Soldiers putting their lives on the line in combat must have full confidence and respect for the person asking them to do it.  References such as ‘tar baby’ are not only racially offensive, but, also, do not positively reinforce respect and confidence in our Commander in Chief.

What I find particularly alarming is this type of disrespect from a member of the House Armed Services Committee.  Members of the House Armed Services Committee are the people that address policy concerns and funding as it pertains to our military.  Each member should have an appreciation for the culture of the military and paramount to the military culture is respect for the chain of command which starts at the top with the Commander in Chief.

I am asking those that were as appalled as I am about Congressman Lamborn’s racially insensitive and disrespectful remarks about our African-American Commander in Chief to contact his office and voice your displeasure.  It is time that America draws its line in the sand at what is acceptable political discourse and what is not.  Our Commander in Chief deserves better, our country deserves better and our political system can do better.”