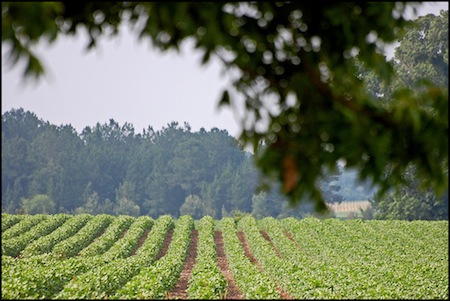 Farmers down in Georgia say they are facing a severe labor shortage because a new anti-immigrant law has scared off farm workers. The law hasn’t gone into effect because there is an injunction against it, but the farm owners have seen workers flee the state in fear that their families will be arrested. Backers of the law say that this is just a farmer’s tale. They say that the farmers are exaggerating the labor shortage to undermine the law.

Now there is data from the Migrant Camp, a federally funded summer program, that seems to confirm what farmers say. The program provides educational services for the children of farm workers in the rural Gainesville, Georgia, area. Staff there report that enrollment of the children of farm workers has fallen 30 percent since last year. They say that children told them they were leaving the state, and even the country, when the spring semester ended.

And that decline in farm worker families is before the law even goes into effect.