This article is part of The Immigrants Civil War.
The Union defeat at the Battle of Wilson’s Creek convinced Missouri’s German immigrants that the war would be long and bitter. Pro-Southern guerrilla attacks on isolated German homesteads reinforced immigrant concerns that their community could not survive a Confederate victory.

One German-language newspaper in St. Louis lamented, “the sum of human misery endured by the Union men in the interior of the state mounts up to a terrifying total.” The paper foresaw the extinction of German Unionists if the state was not soon brought under federal control, saying, “Now they are fleeing here from the southwest and west, man woman and child, carrying all they have…no longer stopping here but going on…to leave Missouri forever.”1

Germans had been drawn into the struggle for the Union partly because they saw it as a way to rid Missouri of slavery. They had called for emancipation ever since the attack on Fort Sumter and now they demanded it. The power of the state’s old-line ruling class was built on slavery, and the immigrants believed that once slavery was eradicated, the Slave Power, as they called the wealthy landowners, would be destroyed. For the Missouri Germans, emancipation was a matter of justice, but it was also the fastest way to bring the Secessionists to heel.2

Shortly before General Nathanial Lyon and his largely immigrant army were defeated at Wilson’s Creek, General John C. Fremont had arrived in St. Louis to take command of Union forces in the West. Fremont was America’s best-known explorer of the West and the Republican presidential candidate in 1856.  The general’s wife, Jessie, was the daughter of Missouri’s former Senator Thomas Benton, an early opponent of slavery.3 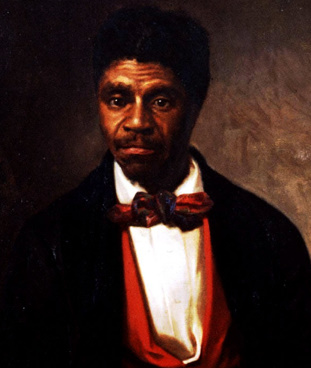 Dred Scott, the subject of the Supreme Court’s most infamous slavery decision, had been a slave in Missouri.

Within three weeks of Lyon’s death at Wilson’s Creek, Fremont placed Missouri under martial law. The sale of Democratic newspapers imported from the east, like the Brooklyn Eagle, was suppressed. Curfews were imposed. Irish saloons were closed, although the German beer gardens of the general’s allies were allowed to remain open.4

Fremont’s martial law declaration threatened to execute any man found within Union lines with a gun in his hands, on the presumption that the offender was a Confederate guerrilla. Fremont said that extreme measures were required:

The total insecurity of life, and the devastation of property by bands of murderers and marauders who infect nearly every county in the State and avail themselves of the public misfortunes…to gratify private and neighborhood vengeance…, finally demand the severest measures to repress the daily increasing crimes and outrages which are driving off the inhabitants and ruining the State5

Fremont also proclaimed that the slaves of Confederates were “hereby declared free.” This was the nation’s first “emancipation proclamation,” and it was warmly greeted by Missouri’s German immigrants.6

As part of his crackdown on dissent, Fremont had Republican Congressman Frank Blair arrested after Blair had criticized Fremont in a letter to his brother Montgomery, who was Lincoln’s postmaster. Fremont wrote in a telegram that the arrest, two weeks after the emancipation order, was necessary because Blair’s actions “bring my authority into contempt with the government.” When a Missouri newspaper defended Blair, Fremont shut it down. The German papers stood by Fremont’s increasingly dictatorial actions as the necessary price of emancipation.7 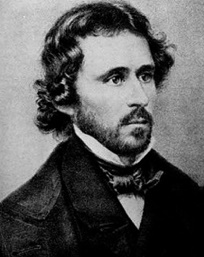 John C. Fremont was one of America’s most famous explorers. He was the first presidential nominee of the Republican Party and his wife Jessie was the daughter of Missouri’s long-time Senator.

After receiving advice from Washington, Fremont released Blair, but when the Congressman complained of his treatment to the War Department, Fremont had him re-arrested. Germans began to talk openly of removing or even mobbing Blair, whose personal antagonism of Fremont jeopardized the chance to abolish slavery. They ignored Fremont’s ineffective military leadership and growing evidence of corruption within his administration in pursuit of their long-held goal of freeing the state’s blacks.8

“[T]he Germans…rejected and abandoned Blair,” wrote prominent German editor Heinrich Börnstein about the community’s one-time ally. They charged the politician with interfering with the emancipationist plank of their collective platform. The St. Louis Germans were also becoming disenchanted with Lincoln, whom they decried for vacillating on slavery.9

Fearing that Lincoln intended to sack Fremont and rescind his emancipation proclamation, the German-language press began to threaten the president and his allies in Missouri. One paper announced that Lincoln “should and must know that the Germans of Missouri, Illinois, Iowa, and Kansas have taken upon themselves the largest part of the battle that had been fought to keep Missouri in the Union and that they claim the right to see that the men they trust are not victimized…” The paper warned Lincoln not to “challenge the whole of loyalist Germanity in the West” by removing Fremont.10

Throughout the fall of 1861, the St. Louis German community would stand by Fremont, even as his military mistakes multiplied. For them, devotion to freedom had trumped martial competence.

1. Germans for a Free Missouri by Steven Rowan and James Primm, University of Missouri Press (1983) p. 283. Translation of article from Anzeiger des Westens September 4, 1861, but written before August 30, 1861. Many contemporaries blamed Fremont for Lyon’s death, but the new commander had only arrived in St. Louis two weeks before the Battle of Wilson’s Creek and was unlikely to have been able to organize effective assistance even if he had been more aggressive.

3. Fremont: Pathmarker of the West by Allan Nevins, Longmans (1939 and 1955) and John Charles Fremont by Andrew Rolle, University of Oklahoma Press (1991).