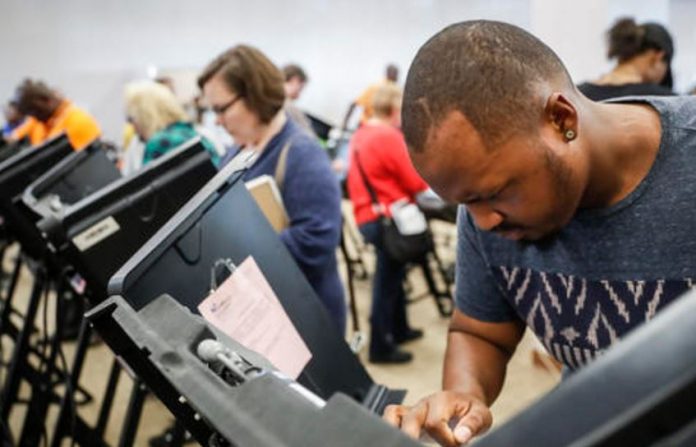 Midway through Election Day there have been a few reports of voter intimidation in other parts of the country. While we don’t expect any such violations on Long Island, the New York Times has published a useful guide about what you can do if you suspect voter intimidation:

Here’s a general rule: If anyone at the polls is trying to directly interfere with how or whether an individual casts a ballot, that is most likely voter intimidation.

There may be exceptions depending on where you are, but that is a rule of thumb offered by Dale Ho, director of the American Civil Liberties Union’s Voting Rights Project.

“If they’re interacting with the voter directly,” he said, “and in any way discouraging people from voting — interfering with their ability to vote, impeding them from voting — then that is likely a problem.”

To help ensure a fair election, the A.C.L.U. joined more than 100 partners to form a nonpartisan coalition, Election Protection, administered by the Lawyers’ Committee for Civil Rights Under Law. The coalition offers comprehensive information on the voting process through its website and a hotline, 866-OUR-VOTE.

Here’s a brief guide to spotting and dealing with voter intimidation.

The federal government, which has banned voter intimidation, defines the act as threatening or coercing an individual in order to interfere with his or her right to vote.

Some examples, according to the A.C.L.U. and Election Protection:

• Falsely representing oneself as an election official

• Lying about voter requirements through phone calls, with fliers, by word-of-mouth or in other ways 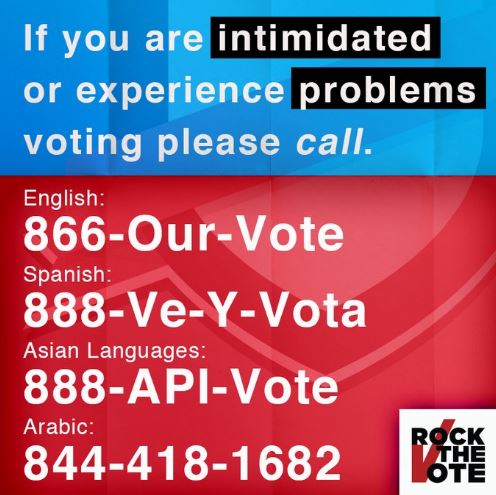 What should you do if someone challenges your eligibility?

In many states, you may still be able to vote even if your qualifications are questioned, according to the A.C.L.U.

Often, you need only to give the poll worker a sworn statement that you satisfy all requirements to vote and will then be able to cast a regular ballot.