In the East End world of seasonal and low-paid work, jobs at Peconic Landing, the high-end retirement community in Greenport, were a great opportunity. Housekeepers, who cleaned residents’ apartments and provided other small personal services, could count on decent pay and humane treatment; the company even provided health insurance. The recent immigrants who got these jobs worked hard and were appreciated by the elderly residents. In addition to their wages, household staff received tips in the form of a bonus program paid for by the residents.

But for many of the housekeepers, the good job has vanished. Last year, Peconic Landing was the target of what immigration lawyers call a “tax audit raid,” where an employer is notified that tax-withholding information for some employees does not match federal records. The follow-up can cripple the employer, particularly one with a federal contract. In the spring and summer of 2010, the affected Peconic Landing workers were told they would have to correct their documentation or leave; if it was determined that they were not in the country legally they would have only a month to remain on the job.

If the company had retained the workers, the consequences would have been potentially dire—not just a modest fine (up to $100 per employee) but criminal penalties for violating tax and immigration laws. In short, the retirement home was vulnerable and left with little choice but to comply. I reached out to Robert Syron, the president and CEO of Peconic Landing, to discuss the firings, but he declined comment.

For roughly a dozen workers who could not produce adequate documentation, the termination was a disaster. Many were already struggling to make ends meet; several had children to support. The fired women faced more than just a hunt for a new employer – the off-the-books service jobs that are generally available on the East End are low-paying, lack any benefits, and are largely seasonal through the summer. 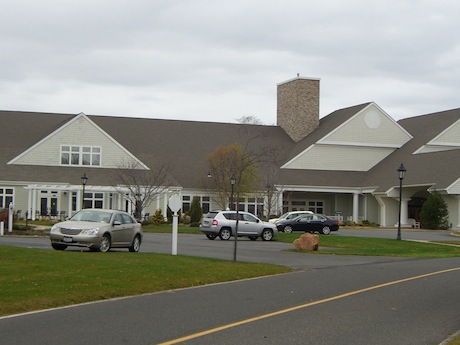 All over the country stepped-up immigration enforcement in the workplace is causing misery and making a mockery of the Obama’s one-time campaign promise to support rational immigration policy. According to The New York Times, U.S. Immigration and Customs Enforcement (ICE) has audited more than 2,900 companies since 2009, and collects fines of millions of dollars every year. This represents a decisive ideological shift in immigration enforcement: Instead of the large-scale workplace raids of the Bush era, the Obama administration is waging a silent war against large and small businesses, targeting reputable employers like Peconic Landing alongside their unscrupulous counterparts. 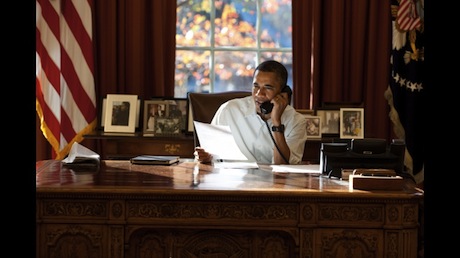 The businesses receive no-match letters from the IRS and the Social Security Administration that may or may not reflect immigration violations but intimidate employers and encourage profiling and discrimination. Just ask the Vermont dairy farmer who worried about losing his workers on public radio last year, or Dan Cox, a nurseryman in California who had to fire 26 of his 99 employees. Among the larger businesses that have been affected are Chipotle Mexican Grill, which had to let go of hundreds of workers, and American Apparel, where the toll was 1,800.

A year ago, when the women at Peconic Landing had been given notice, Celia* spoke to me of her difficult past and her hopes for the future. She had come from a small town in Guatemala where her business selling tamales did not give her an income her family could live on. “I had to come [to the US] for my children,” she told me. In 2003, she arrived in New York City but could not find work there. Hearing of opportunities on the North Fork, she came to Greenport, where a succession of jobs finally enabled her to send for two of her children. At the time of the termination, she felt confident of finding employment, but that confidence has since evaporated. She went for several months with no work and now has found only a part-time and temporary job. She can no longer send money to the children, who are still in Guatemala, and she has had to move out of her apartment into a single room. She says that her earnings are not enough to take her through coming winter when seasonal job opportunities on the East End traditionally dry up.

The firings at Peconic Landing sent ripples that reached beyond the families of those who lost their jobs. The residents are puzzled and dismayed. “They were so loyal,” one 90-year-old woman said of the workers. “They knew how to take good care of us.” Another retiree told me, “Everyone was very upset—the staff as well as the housekeepers and residents.” Antagonism toward the retirement community, which has had a sterling reputation in Greenport, now simmers among some in the North Fork’s Latino community. People who do not understand the legal vulnerability of the federal threat blame Peconic Landing for not giving the workers more time to find another job. Anabel, a legal resident who briefly considered a job as a replacement for the terminated women, told me firmly, “I don’t want to work at the cost of others who are suffering.” 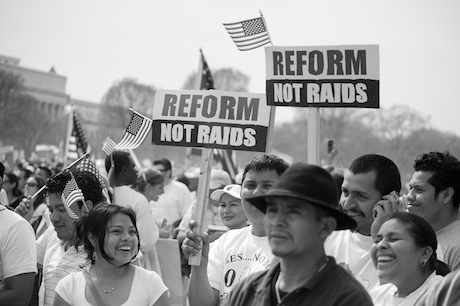 Some will argue that this kind of immigration enforcement helps broaden the supply of jobs for the native born. But according to residents, the new employees at Peconic Landing are also Latino immigrants, apparently with legal permission to work. Meanwhile, some of the fired workers and their families are now struggling to make ends meet, and are likely contributing less in tax dollars than they did while at the retirement home.

There are social costs that accompany this type of immigration enforcement, too. The undocumented workers now wonder if they have been exposed to la migra, while the employer must worry about subsequent scrutiny by the Internal Revenue Service (IRS) and immigration officials. In addition, some of the residents of Peconic Landing feel cowed by the disappearance of employees they trusted and the silence about its causes. It is not coincidental that the elderly residents I interviewed for this article did not want to speak for attribution.

President Obama’s campaign promise to “bring people out of the shadows” has been sacrificed in favor of another priority, to remove the incentive to hire unauthorized workers by cracking down on employers. But it is clear who suffers most from this bargain. For the terminated Peconic Landing housekeepers, the shadows are deeper than ever, while the retirement community continues to provide Long Island seniors with “unparalleled lifecare.”

*Name has been changed.