After learning that police in his Connecticut town had been harassing Latinos, East Haven Mayor Joe Maturo had an unusual response when asked by a local reporter how he would begin addressing the problem:

“I might have tacos when I go home, I’m not quite sure yet,” he said.

The offensive remark went viral, and even though Maturo proffered an apology yesterday, it came across about as sincere as the claim that Taco Bell tacos actually have beef (that makes it about 35 percent sincerity, 65 percent filler).

Reform Immigration for America is making sure that Maturo realizes his insensitivity by sending him a mess of tacos this week. Just text “TACO” to 69866, and you can send him a salsa-laden reminder that discriminatory policing won’t be tolerated. 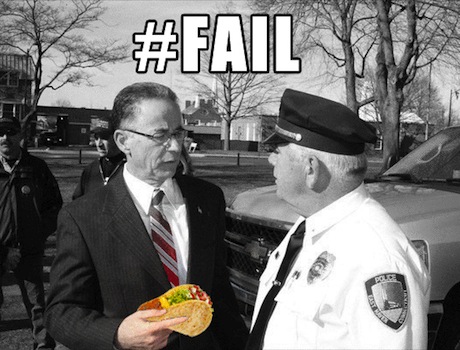