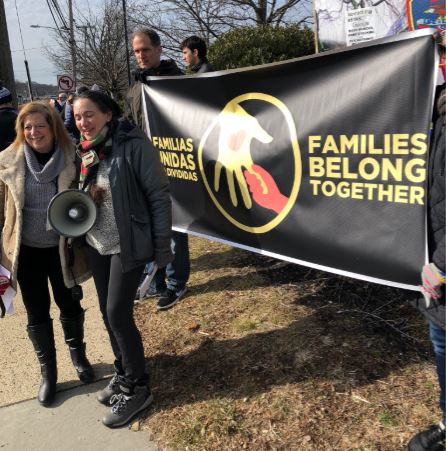 When news came three weeks ago that hundreds or even thousands of refugee children separated from their families have still not been accounted for, Long Island human rights activists decided to call a rally in Huntington Station. Today, scores of people turned out on Route 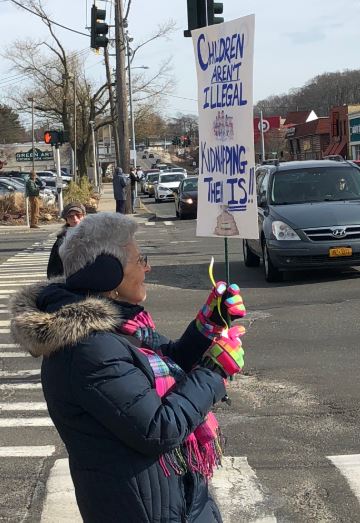 110 to add their voices to a national call for accountability. Pilar Moya, who helped publicize the event said “We demand justice for immigrant children separated from their parents at the border.”

An inspector general’s report issued in January 2019 found widespread failures by the administration in providing even the most basic protections for the children that it took into custody. The report cited the absence of a database that recorded the names and identities of children and their parents as among the many deficiencies it identified.

The cold temperature did not discourage the energetic group of protesters.