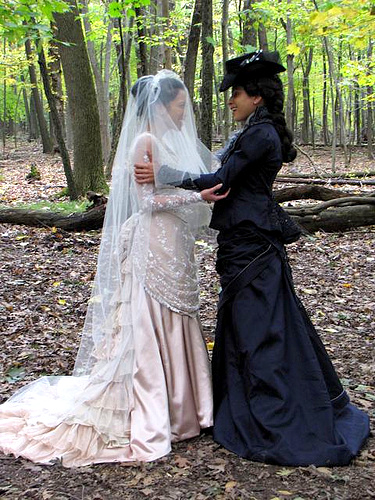 Last week, five same-sex married couples filed a lawsuit challenging the Defense of Marriage Act (DOMA), a federal law that defines marriages as exclusively between a man and a woman. When a gay or lesbian US citizen files an immigration application for his or her spouse, that application is essentially ignored as though the couple were not legally married. This has created terrible hardships in same-sex families, forcing spouses to live in different countries, apart from their loved ones.

The Defense of Marriage Act denies members of LGBT communities full citizenship rights. One right of citizenship has traditionally been to unite with spouses from other countries, but an invidious distinction has been made against gays and lesbians. This harms the particular couples involved, but it also hurts all LGBT citizens because it expresses legal antipathy to their sexual orientation.

DOMA also attacks the long-established right of states to decide the laws of marriage. Even though New York State enacted a same-sex marriage law last summer, our law, unlike the marriage laws of places like Alabama and Georgia, is not fully recognized by the federal government. We say these couples are married, the feds say they are not.

I hope that the five couples—one of which is from Long Island—are able to overturn DOMA’s immigration discrimination, but I also wish Congress would get rid of it before the court makes its decision. This law is an embarrassment to our nation’s reputation for fairness, and it needs to be repealed.