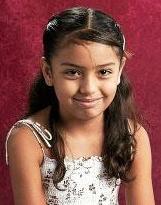 On February 14, a jury in Pima County, Arizona, convicted Shawna Forde, the leader of a border militia group, of killing a nine-year-old girl and her father to fund border actions. Forde now faces the death penalty.

As a result of the killings, a group of Latino Republicans are calling on Long Island Congressman Peter King to investigate the threat of domestic terrorism by extremists along the border, including Minutemen and neo-Nazis. At present, King intends to hold a series of Homeland Security investigative panels that look solely at Muslims living in the US.

Here’s the media advisory by Somos Republicans calling for action from King:

Phoenix, Arizona – We are pleased to hear that the Pima County jury convicted Shawna Forde today of two counts of first-degree murder in the May 30, 2009 deaths of Arivaca residents Raul Junior Flores and his 9-year-old daughter, Brisenia. As a result of the conviction, we are asking Congressman Peter King, Chairman of the House Homeland Security Committee, to conduct hearings and a thorough investigation on domestic terrorism by border vigilantes. It’s time for a congressional investigation into this epidemic of domestic terrorism by vigilantes along our border, to disarm the Minutemen, Nativists, and Neo-Nazis at the border.

The conviction today of Minutemen leader Shawna Forde on capital murder charges is just one small step in bringing closure to the Minutemen murders. During the trial, the mother of nine year old girl Brisenia Flores testified as an eye witness, and recalled the ghastly horror of watching her own family brutally murdered. She testified how young Brisenia asked the gunman why he shot both her parents. By then the gunman was out of bullets from shooting her parents, and as young Brisenia cowered and begged for her life to be spared, her mother saw the gunman calmly reload his gun and shoot her daughter anyway. Brisenia died in her mother’s arms minutes later from two gunshots to the head.

Most Americans have never heard of these senseless murders of a family in their home near the Arizona border with Mexico. The murderers were not undocumented immigrants, drug smugglers, or Muslim terrorists, but a group of Minutemen (also known as domestic terrorists), led by their leader, Shawna Forde. Shawna Forde was also very close to Jim Gilchrist, where they participated in border patrols together, and even held a leadership role in the Minutemen project, etc. Forde was also a member of the Minutemen Civil Defense Corp (MCDC), until leaving to form her own group, Minutemen American Defense, and has appeared on TV as a representative for FAIR. Shawna Forde also had a long criminal record before joining any of the Minutemen groups. Chris Simcox, who founded the MCDC, also has a criminal record involving weapons, and restraining orders placed against him by two ex-wives, who alleged violence and threats of violence.

We believe violence has escalated and hate crimes have peaked in the State of Arizona. Pima County Sheriff Clarence Dupnik said that the state has “become the mecca for prejudice and bigotry,” and we are convinced that he right. Also, Sheriff Estrada believes a rash of shootings in the desert in Rio Rico are by border vigilantes, as the perpetrators wear camouflage, shoot from a distance, never rob their victims, none of whom were involved in drugs. Roger Barnet, widely credited with originating the Minutemen concept, has twice been successfully sued for assault on immigrants and citizens too. Heavily armed neo-Nazis patrol the Vekol Valley led by J.T. Ready, a long term friend and political ally of Arizona Senate President Russell Pearce.

In contrast to Minutemen claims they are peaceful, disturbing evidence of violence keeps emerging. We demand a congressional investigation into this epidemic of domestic terrorism by vigilantes along our border, and to disarm the Minutemen, Nativists and Neo-Nazis at the border.  We call on Congressman Peter King, Chairman of the House Homeland Security Committee, to conduct a thorough investigation on domestic terrorism by border vigilantes.

We’d like to know how Shawna Forde, who has an extensive criminal record, was able to become a member of both major Minutemen vigilante groups including a leadership role in the Minutemen project, when these groups always claim they do background checks on new members. It’s too late for Brisenia and her dad, along with the Rio Rico victims in the desert, but perhaps other lives can be saved with Brisenia’s law.

Somos Republicans is a national watchdog group and the largest Hispanic Republican grassroots organization in the nation because of our leadership that is pro immigration reform. The Mission of Somos Republicans is to promote political education and information needed to make more informed political decisions. To inspire the Hispanic people to make a difference in their lives and the lives of their neighbors through collaborative political education, volunteer commitment and responsible participation in society. Our vision is to increase the Latino Republican voting block by 100% within two years. To increase voter registration, precinct committeemen recruitment, campaign volunteering, fundraising and events to reflect quality of future Latino leadership.