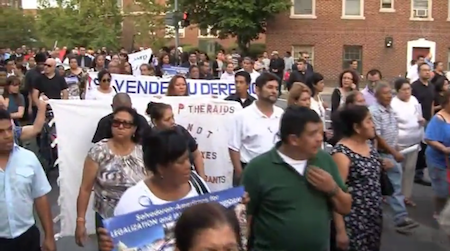 Last month Saul Solorzano passed away in Washington. Saul was the head of CARECEN-D.C. for nearly two decades, but he learned the law here on Long Island.

Back in the 1980s he was a young man in his 20s working as my paralegal. He had been a Catholic activist in El Salvador, but had to flee when the US-supported government cracked down on the Church. He told me that one of his colleagues had been murdered by the military and then hung on poles nailed together as a cross to let people know that if they stood by the poor, they would meet the same end as Jesus had.

Saul spoke at churches around Long Island about the abuse of human rights in his homeland. So many Long Islanders were won over by his shy smile and generous warmth. In Washington, Saul became an important advocate for decent housing for immigrants and he was contemplating running for city council.

He was part of the first generation of leaders in the Salvadoran American community.