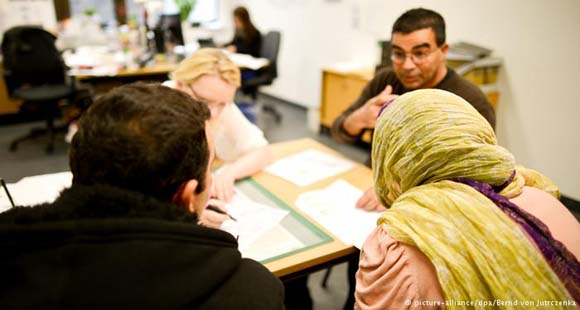 Refugees coming to the United States from different parts of the world are indeed integrating into the fabric of U.S. society. Although the children of refugees are more likely to better assimilate there is still much more to do in order to help refugee families settle in our communities, according to recently released reports.

The reports show strong indicators of integration, highlighting remaining challenges, and suggests policies that could be instituted to ensure that refugees fully become part of their communities.

On the other hand, the Colorado Office of Economic Security released its fifth and final annual report on an evaluation and survey about refugee integration in the State of Colorado. Although this study mainly focuses ion a group of refugee immigrants who are 55 years old or older, the results show that even with enormous limitations these refugees are able to adapt themselves into a new culture.

According to the study, elderly participants with low integration and who have experienced considerable barriers to integration were still found to contribute significantly to their family’s integration. Not being able to speak English is their most significant challenge, the study says.

The Colorado study suggests that most of the refugees interviewed provided critical integration support for others in their family. These refugee families were comprised of multiple generations and extended family members, the study says.

Researchers found that refugees in Colorado showed positive integration over time. The refugee families who were part of this study were able to obtain full-time employment, increase their family income, improve their English proficiency and most of them expressed a high desire to become U.S citizens.

The MPI report suggests that early intervention to help refugees in the integration process will pay dividends later in life. “Allocating additional resources to English language acquisition would benefit refugee families in nearly every aspect of integration,” according to the MPI report.