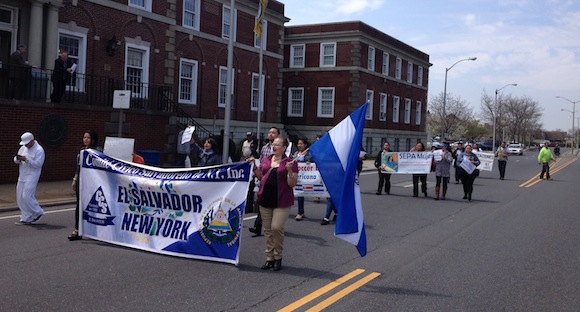 As the rain faded out and the sun pressed its way through the clouds, a gathering of protesters formed at the corner of Front St. and Franklin St. in Hempstead, NY for the 8th annual March for Immigrant Rights yesterday. In addition to calling for President Barack Obama to pass comprehensive immigration reform, participants demanded an end to the rampant deportations that continue to needlessly separate families. 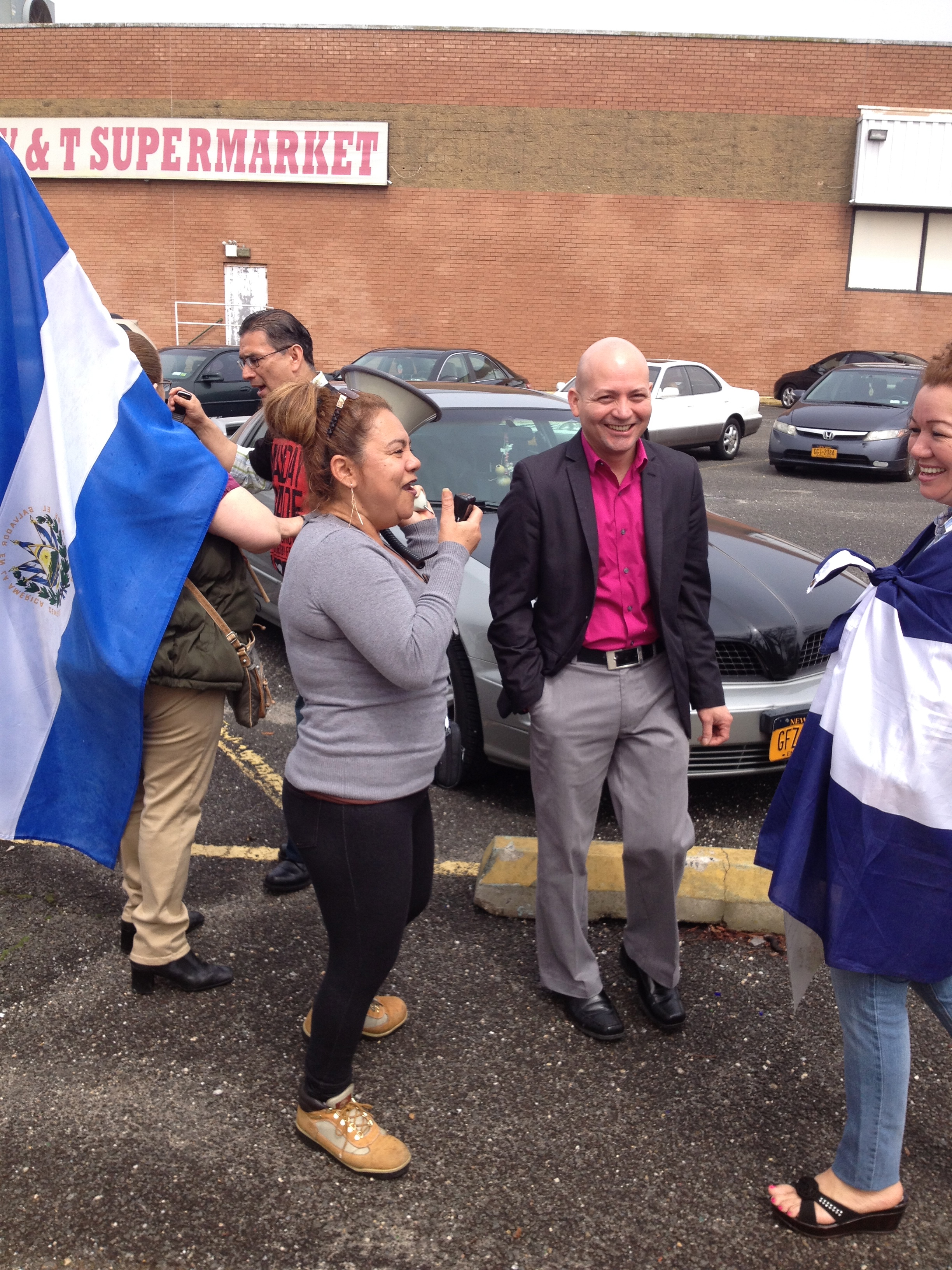 After marching down Front St. past the city hall building, Hempstead Mayor Wayne Hall addressed the crowd to show his continued support for members of Hempstead’s immigrant community. He was followed by Long Island Wins’ Laura Lemus. (You can see videos of both speeches below.)

Other speakers included the family of Wilfredi Ayala, a 28-year-old Long Island immigrant from El Salvador who is currently being detained by Immigration and Customs Enforcement officials. If deported, Ayala would leave behind his wife, mother, and U.S.-born son.