The Trans-Pacific Partnership, or TPP, has been called “the worst trade agreement you’ve never heard of,” and “NAFTA on steroids.” But what does that mean?

The TPP is essentially a trade agreement between the United States, its North American neighbors Canada and Mexico, and several Pacific Rim countries, intended to ease trade restrictions and lead to more business between the countries involved.

On paper, it sounds like a good idea, but in reality, it’s anything but, if the past is any indication.

Since the implementation of the North American Free Trade Agreement (NAFTA) between Mexico, Canada and the U.S., Mexico’s economy has been ravaged as local farmers have been unable to compete with the surge of cheap, imported crops from the United States. In the 20 years that NAFTA has been in effect, Mexico’s economy has grown a miniscule 0.99%.

This has led to mass migration as local towns and villages were vacated as workers looked for work elsewhere. Many of these laborers have migrated toward the North, to the United States, contributing to our current situation of 11 million undocumented immigrants.

Long Islanders are among those actively working to inform the public about the effects the TPP could have locally, and what they could do to stop it. We recently spoke with one of those people, Roger Clayman of the Long Island Federation of Labor, during a recent panel discussion on this topic at the Shelter Rock Unitarian Universalist Church in Manhasset.

“NAFTA did an awful lot to increase the flow of immigrants from Mexico,” said Clayman during the panel discussion, entitled “The Truth about the Trans-Pacific Partnership.” “In fact, it destroyed the economy of Mexico. It was intended to prevent trade disputes between the U.S. and Mexico and instead resulted in hundreds of thousands of undocumented immigrants coming to the U.S.” 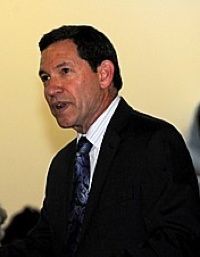 Roger Clayman of the Long Island Federation of Labor

Clayman estimated that more than 700,000 jobs in Mexico were lost as a direct result of NAFTA. “TPP will take that and be even more intense,” Clayman added.

The TPP essentially gives large corporations more freedom to operate and would create new guidelines for everything from food safety to fracking, financial markets, medical prices, copyright rules and Internet freedom. In fact, of the TPP’s 29 draft chapters, only five deal with trade. 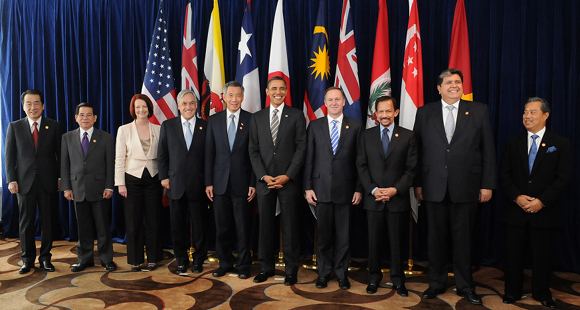 President Obama hasn’t said much about it either, but has mentioned that 5,000 U.S. jobs will be created for each extra $1 billion in exports created under the pact.

Opponents of TPP say that it does this by giving big, multi-national corporations the power to challenge national policies in the name of free trade and profit.

TPP seeks to regulate sensitive areas such as government procurement, intellectual property and the role of state-owned enterprises as well as giving corporations more rights to sue governments in international tribunals, which are above U.S. and national law, with those lawyers that represent multi-national corporations acting as judges.

To top this all off, President Obama is trying to “fast-track” the TPP through Congress, which means Congress wouldn’t have adequate time to study, analyze and debate the proposed agreement and that it would remain behind closed doors.

The TPP is something that has flown under the radar, even for our own elected officials in Congress, and it’s been like that by design.

“The majority of Congress is being kept in the dark as to the substance of the TPP negotiations, while representatives of U.S. corporations – like Halliburton, Chevron, PHRMA, Comcast, and the Motion Picture Association of America – are being consulted and made privy to details of the agreement,” said Sen. Ron Wyden of Oregon.

However, Obama has so far refused to give Congress a copy of the draft agreement. He wants to “fast-track” it, requiring Congress to vote on the lengthy trade agreement within 90 days and without any amendments. Fast track would also give Obama authority to sign the agreement before Congress even has a chance to vote on it, with lawmakers getting only a quick “yes” or “no” vote after the fact.

We’ve all seen the damage caused by NAFTA on the Mexican economy and the resulting mass migration that followed. The devastating consequences of the TPP would dwarf that and spread it across the Pacific.

“People will wander to where they can find jobs,” said Clayman. “I believe that it will start a mass migration of people looking to get away from the terrible environmental problems that this will cause. They will be looking for work with wages they can live on.”

Even from the little information that is known, the TPP is clearly something that could negatively impact countless people around the world. Now that our government is back open for business, be sure to let Congress know the TPP needs to be made public and be negotiated in the open just like immigration reform and any other proposal.

Here is a video from the AFL-CIO talking about the impact of the TPP.