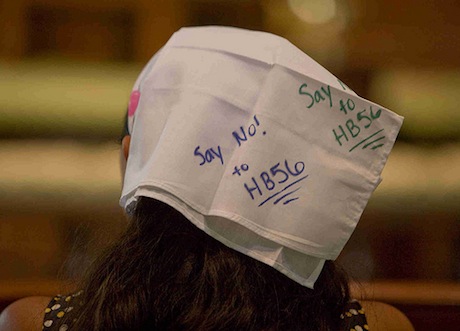 Alabama is putting part of its anti-immigrant law on hold voluntarily, at least for now. The law, HB 56, required proof of citizenship or legal residence to carry out even the most basic transactions with government entities. This requirement was clogging local government offices with long lines of applicants for all kinds of permits, leaving untrained staff to try to make sense of the myriad documents being offered as proof of identity.

Because HB 56 went into effect without proper training, government workers were turning away people legally here simply because they could not understand their legal documentation. The law makes it a felony for a government worker to serve an undocumented immigrant in all but a few cases, so civil servants were routinely erring on the side of denial.

Alabama’s attorney general says that this portion of the law will ultimately go back into effect, but he has offered no timetable.