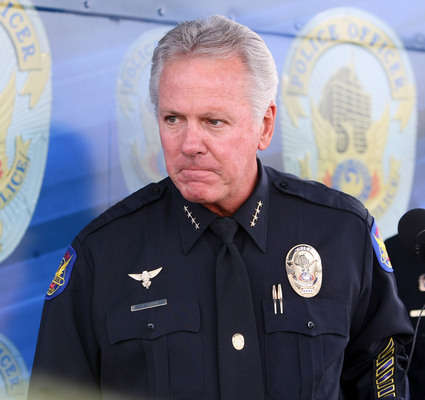 Last year, Gov. Jan Brewer and her ally Russell Pearce successfully stirred up support for the anti-immigrant bill SB 1070 by describing decapitated bodies in the Arizona desert and an immigrant crime wave that had made Phoenix the kidnapping capital of the world.

We soon learned that no headless bodies had been found anywhere in the desert. But the image was so powerful that I still heard about those phantom decapitation victims from otherwise well-informed people.

Now the “kidnapping capital” claim is under serious scrutiny.

In fact, the head of the Phoenix Police Department, Jack Harris, was just suspended because evidence has emerged that he grossly inflated the number of kidnappings. Harris had reported 350 kidnappings in the city for 2008, the statistic cited by SB 1070 supporters. Most of these kidnappings were described as related to border smuggling of humans and drugs.

The actual number was around 250, a 40 percent statistical inflation.

Although charges have not been brought against Harris yet, it is believed that kidnapping statistics may have been inflated so the department could win a $1.7 million federal grant.

Arizona’s anti-immigrant proposals have been a combination of bad law combined with blatant misinformation, all leavened with barely disguised bigotry.