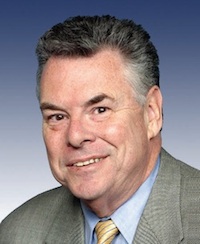 Long Island Congressman Peter King will hold the first of a series of investigative hearings on homegrown terrorism this morning at the House of Representatives in Washington, DC.

Across the nation, the hearings, which will focus exclusively on Muslims, have drawn fire for ignored the range of threats to domestic security and instead demonizing a single group. King has also faced vocal opposition here on Long Island.