This morning I testified before the House Homeland Security Committee’s Counterterrorism Subcommittee. The field hearing, held in Central Islip, focused on recent killings by MS-13.

Thank you for inviting me to testify before this committee. My name is Patrick Young and I am the Program Director at the Central American Refugee Center (CARECEN) with offices in both Brentwood and Hempstead.

Nassau and Suffolk counties have 526,000 immigrants out of a total population of 2.8 million people. One in six Long Islanders was born outside of the United States. We have the largest suburban immigrant population in the country and the immigrant community here is similar in size to those in Boston, Philadelphia, and San Francisco.

In the mid-1990s, when Mara Salvatrucha first came to my attention, CARECEN approached the Nassau County Police Department to partner with the police in reaching out to immigrant communities to oppose the growth of MS-13. We arranged for meetings at our office for the police to get together with ordinary Central American immigrants to build relationships. As the police began to devote more resources to countering Mara Salvatrucha they adopted a strategy of working side-by-side with the primary victims of gangs, young immigrants. CARECEN was invited to help train several classes of police cadets at the academy, and provide training to the detective and hostage negotiation units of the department. We even had two officers intern with us. We were so outspoken in opposition to MS-13 that former detective chief Herb Faust asked me if I felt I needed police protection.

Nassau police understood that many in the growing immigrant community came from countries where the motto of the police was not to “Serve and Protect” but to “Oppress and Brutalize.” Nassau police listened to immigrant concerns and made sure their department was accountable to the people that they served irrespective of immigration status. 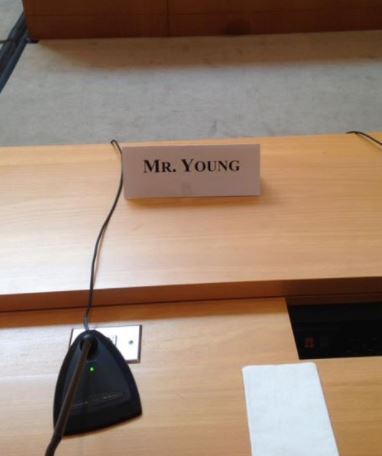 The Nassau District Attorney’s Office, under both Kathleen Rice and Madeline Singas, has worked hard to insure that immigrants from countries without functioning judiciaries understand that Nassau is not like their homelands, that criminals could not act with impunity, and that if they were harmed by criminals they could obtain justice.
In Suffolk CARECEN also regularly hosts meeting between our clients and members of the Suffolk Police. The difference with the situation in Nassau, is that these extremely positive interactions are of very recent vintage.

As the Southern Poverty Law Center (SPLC) documented in a 2009 report, the Suffolk Police Department did not include immigrant cooperation in their policing strategies. The report found that violence against Suffolk immigrants was being fueled by elected officials and some law enforcement officials. Latinos believed that their reports of crimes to the police went uninvestigated and ignored. This failure to partner with immigrants resulted in many tragedies in Suffolk, one of which was the growth of MS-13.

Former Suffolk County Executive Steve Levy created a sharp division between the immigrant community and the police by by trying to deputize the Suffolk PD as agents of ICE.

The elevation of Tim Sini to Police Commissioner seems to have brought real change to the way the department does business. Spanish-speaking officers have been hired in record numbers and the police meet regularly with community leaders. Unfortunately, these new initiatives are only a little over a year old.

Three years ago, a large number of so-called Unaccompanied Minors began arriving on Long Island. More than 8,000 live here now. Why so many? They come to Long Island because this is where their families live. Long Island has the fifth largest Central American population in the United States.

Many left because they or a family members was threatened or harmed by gangs trying to force them to join. These are kids who said “No” to the gangs. In doing so they were placed in mortal danger.

When the children came to Long Island, they were met with hostility from some local officials and with illegal exclusion from school. It took action by the state attorney general to compel some districts to provide constitutionally mandated access to education.

Few of the refugee children received any special orientation or welcome to the communities in which they had arrived. Some told us they were aware that they were viewed as a “problem” rather than as children. Federal, State, and County governments failed to make provisions for the reception of the children.

By contrast, almost as soon as the much smaller flow of children began in New York City the city appropriated over a million dollars for their integration.

Similar welcoming programs should be implemented on Long island. The children need to learn that if they are being bullied by gang members at school or in their neighborhood, they can turn to school officials and the police for help.

The welcoming must also come from public officials. A small number of young immigrants do become involved in gangs, but stigmatizing all immigrant youth as potential gang members only convinces the young that they have no allies among non-Latinos.

The violence of Mara Salvatrucha should be kept in perspective. Long Island still has one of the lowest homicide and violent crime rates among the country’s metropolitan areas. As the immigrant portion of Long Island’s population has grown over the last forty years, the homicide rate has gone down, not up.

To uncover the criminals behind the outrages committed by MS-13 we need the cooperation of the people that they victimize, the immigrant community. Immigrants will not be the eyes and ears of the police if they see the police as auxiliaries of ICE.