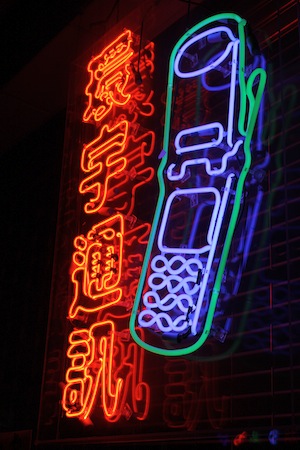 From the don’t-they-have-something-more-important-to-do file, Republican City Councilmen Dan Halloran and Peter Koo are drafting a bill that would require stores in New York City to provide signage in English.

Aside from this bill being a waste of time, it’s also redundant. The city already has a law that requires stores to post signs in English, but it’s not enforced.

The law on the books — passed in 1933 and dubbed the true name bill — classifies a violation as a misdemeanor but is not enforced. Its primary intent was to protect creditors and consumers from fraud by informal stores that popped up during the Great Depression.

In addition to the bill being written by Halloran and Koo, there are two other pieces of legislation related to English-language signs pending in city council.

City Comptroller John Liu confronted similar sentiments during his tenure as the councilman for the 20th district, which encompasses Flushing, Queens. The neighborhood is home to thriving Korean and Chinese immigrant communities.

Similar legislation was proposed in the 1980s by former Councilwoman Julia Harrison. Her successor, John Liu, now city comptroller, commissioned a survey eight years ago and found only a small percentage of signs did not include English.

A spokesman for Liu said the legislation was probably unnecessary.

“In an ever-changing global city, this issue has surfaced for the past 100 years in different parts of New York, involving a panoply of languages from Yiddish to Spanish to Greek and now Chinese and Korean,” Liu spokesman Matthew Sweeney said in a statement.