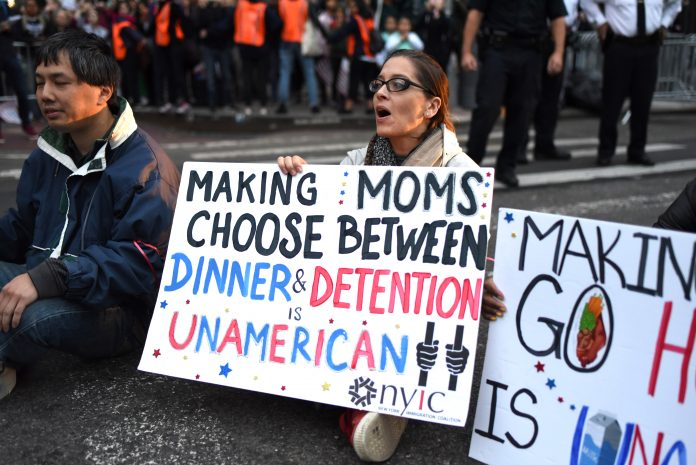 There is less than one week left to comment on proposed changes to “public charge” rules that risk burdening immigrant families with the choice of having to choose lifeline public programs like food stamps and Medicaid over being able to adjust their legal status. The deadline to comment is Monday, December 10.

In a foreboding study released on Tuesday by the Urban Institute, a think tank, it is estimated that 6.8 million children across the nation with noncitizen parents are enrolled in Medicaid or the Children’s Health Insurance Program (CHIP). Enrollment in Medicaid is one of the factors that the draft changes singled out that could designate immigrants as a “public charge” and render them ineligible to obtain a visa or green card.

All of us at Long Island Wins and the New York Immigration Coalition urge everyone to submit a comment and join the 100,000+ citizens fighting back against the proposed changes to public charge. Click here for an easy-to-use website with guidelines to help develop your comments. The comment period is open through December 10.

Even though nothing yet has changed, the chilling effects are already being felt across the United States. As Long Island Wins reported last month, a survey of 35,000 mothers across the United States, revealed a 10 percent drop in the first half of 2018 of enrollment in Supplemental Nutrition Assistance Program (SNAP) – aka food stamps – for immigrant families who have been in the U.S. for less than five years. The figures illustrate the disastrous departure from the study’s findings that from 2007 through 2017, participation in the program had consistently risen.

It’s important to note that none of the changes to “public charge” have actually taken place yet, and there won’t be any advantage to disenrolling from government programs until the rule takes effect, which would not be for several months.

If you have questions about how this may affect a pending or planned immigration application, please contact your immigration attorney. If you need help finding low-cost, high-quality legal services, call the New Americans Hotline at 1-800-566-7636 or visit our “public charge” legal resources page.