While it’s a big step forward to have a bill on the table that can be debated and amended, we still have a long way to go in order for the proposed bill to become law.

That’s all we have now, is just a bill. The following infographic, in English as well as Spanish, explains the road to reform potentially becoming law. Below, we also have links to an Immigration Reform Advocacy Tool Kit and as well as a manual in English and Spanish for what you can do during Congress’ April Recess. 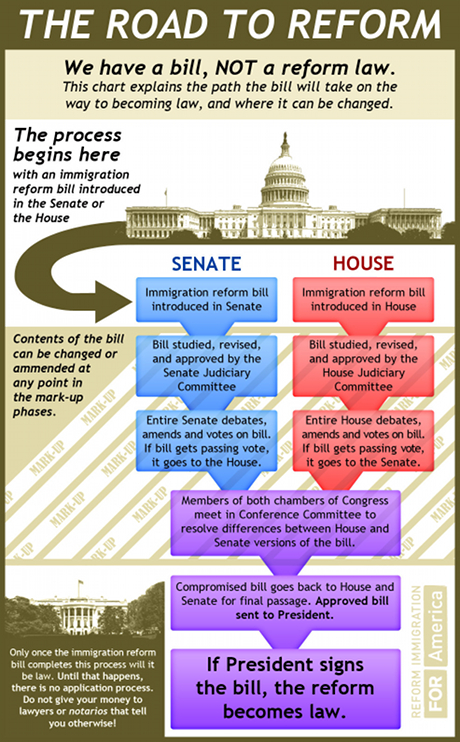 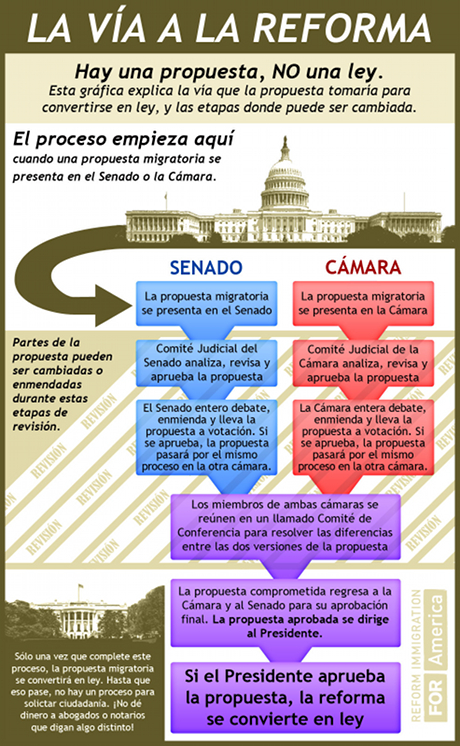