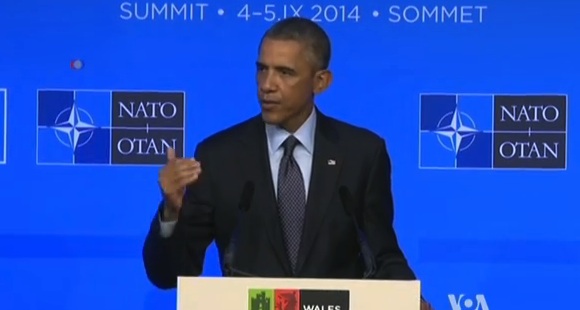 Speaking at a news conference after the NATO Summit in Wales on Friday, President Barack Obama stated that he intended to make an announcement on his executive action for immigration reform “soon.”

Obama did not give a specific timeline for when he would act. He did say that he will be reviewing recommendations from Homeland Security Secretary Jeh Johnson on his flight home, and will consider what the next steps are “fairly soon.”

Some Democrats have been pressuring the White House to delay any executive action until after November’s elections. At the Friday news conference, Obama sidestepped questions regarding such a delay.

According to Reuters, the president did say his plan would include increased immigration enforcement, offer steps to encourage legal immigration, and would address the 11 million undocumented immigrants who have lived in the U.S. for years.