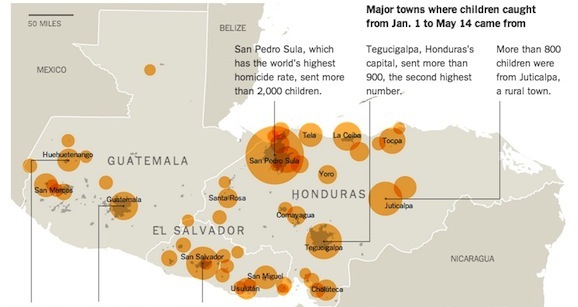 A New York Times article reveals that President Barack Obama is considering a plan to prescreen Hondurans in their own country and potentially offer them refugee status. This would eliminate the need for children to make the dangerous trek to the U.S. border.

Children would be interviewed by American immigration employees trained to deal with minors, and a resettlement center would be set up in the Honduran capital, Tegucigalpa, with assistance from international organizations like the International Organization for Migration.

The plan would be similar to a recent bill introduced by Senators John McCain and Jeff Flake of Arizona, who proposed increasing the number of refugee visas to the three Central American countries [Honduras, El Salvador, and Guatemala] by 5,000 each.

According to [a draft of the plan], the administration is considering opening the program to people under 21. It also suggested offering entry on emergency humanitarian grounds—known as humanitarian parole—to some of the applicants who did not qualify for refugee status.

The vast majority of children arriving at the border are fleeing gang violence and poverty in Honduras, El Salvador, and Guatemala. Honduras has the highest murder rate in the world. The graphic below shows the city of origin for all those children apprehended since January 1. 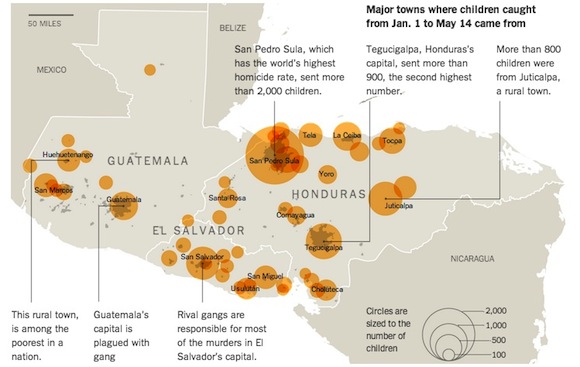 The proposed program would cost $47 million over two years, assuming 5,000 applied and about 1,750 people were accepted, the Times reports. If successful, similar programs would be set up in Guatemala and El Salvador.

The New York Times also published a related Q&A with facts about the origins and causes of the child refugee situation and other solutions already in place.