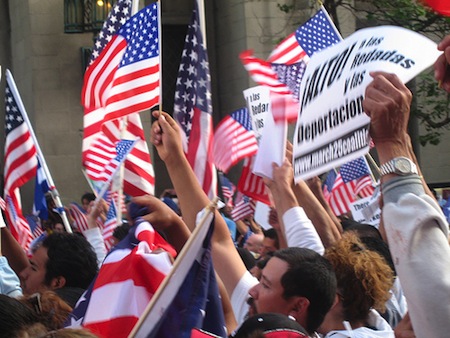 The Justice Department filed suit Monday to block implementation of Alabama’s new immigration law. The law is modeled on Arizona’s SB 1070, but it also includes provisions aimed at keeping the children of immigrants out of public schools. The Arizona law and a similar law in Georgia have been enjoined by federal courts over the last 10 months.

While current interpretations of the Constitution mandate the invalidation of these three pieces of legislation, they have been useful in generating anti-immigrant outrage in the states where they have been introduced. In addition, supporters of the laws hope that the conservative Supreme Court will overturn more than a century of precedents and find that states can make their own immigration laws.