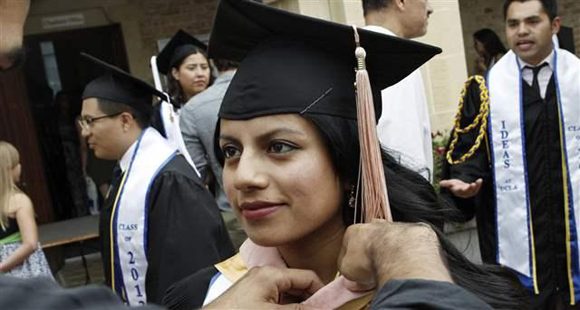 The NYS Board of Regents permanently adopted on Tuesday regulations to allow certain individuals who came to the United States as children to apply for teacher certification and professional licenses from the New York State Education Department (NYSED). The Board approved the proposed regulations in February 2016 but this action makes the regulations permanent.

“DACA recipients are authorized to work.  However, qualified individuals are prohibited from obtaining teaching certification and licenses in certain professions,” said the NYSED in a release. The Department issues licenses for 53 professions.

In February the NYSED recommended that the Board of Regents use its broad authority over the granting of licenses in the Title VIII professions and the certification of teachers, to promulgate regulations expressly authorizing otherwise qualified aliens who are not unlawfully present in the U.S.

Title VIII professions include physicians, physicians assistants, dentistry, pharmacy, nursing and other professions in the medical field, as well as jobs in engineering, architecture and public accountancy.

The regulations allow eligible DACA recipients to become licensed if they have met all other requirements for licensure except for their citizenship status.

“I applaud the Board of Regents for taking this significant step toward fairness and equal justice for all Americans who came to the United States as children,” said NYS Attorney General, Eric T. Schneiderman in a statement. “By opening up the doors to economic advancement to these young people, we’re once again showing that our nation and our state remain a land of opportunity for all.”

In June 2012, the Obama Administration implemented DACA (Deferred Action for Childhood Arrivals), which allows individuals who came to the U.S. as children and meet established guidelines to obtain a work permit and a social security number, and to be protected form deportation. Currently DACA is renewable every two years.

DACA applies to young people who typically derive their immigration status from their parents, many of whom are undocumented.  As a result, most of these individuals have no current mechanism to obtain legal residency, even if they have lived most of their lives in the U.S.

“Children who have DACA authorization have spent most of their lives here in the U.S. They are American in every way except for their immigration status. We’ve educated these young people all the way up through high school and they deserve to aspire to the same opportunities that all New York students are eligible for,” said Maryann Sinclair Slutsky, Executive Director at Long Island Wins.

Activists estimate that approximately 80,000 immigrants are DACA beneficiaries in New York State, but this number includes eligible individuals who have not applied.