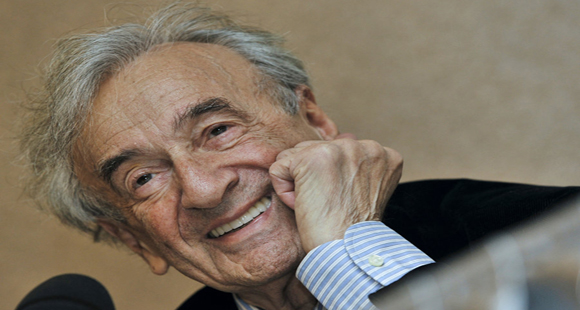 When I debate anti-immigrant activists, they always demand that I refer to undocumented immigrants as “illegals.” Any other phrase is just “Political Correctness run amok,” according to them.

We all know that the response to this obnoxious insult is that “No human being is illegal,” but how many know the source of that phrase?

Elie Wiesel, the Nobel Peace Prize-winning Holocaust survivor and refugee said it during my own early days in the immigrants’ rights movement.

Wiesel, who had seen children hung in the death camps, told undocumented immigrants:

“You, who are so-called illegal aliens, must know that no human being is illegal. That is a contradiction in terms. Human beings can be beautiful or more beautiful, they can be fat or skinny, they can be right or wrong, but illegal? How can a human being be illegal?”

Wiesel’s clarity grew out of his fear that once people were described as “illegal” there was no end to the abuse they might be forced to endure.

Wiesel told CNN journalist Maria Hinojosa that the media should never use the term “illegal immigrant.” When she asked why not, he said:

We hear every day of new lies being told against undocumented immigrants, that the “illegals” are rapists and murderers, that they are destroying America. Wiesel recognized the existential danger that this dehumanizing language poses for the immigrants who live and work here. 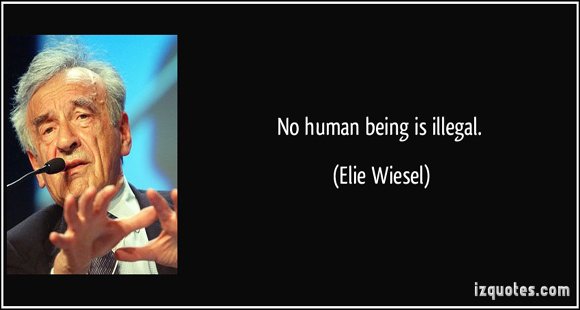 THE PHRASE HAS BEEN USED IN RALLIES AROUND THE COUNTRY.