A new Washington Post/ABC News poll shows that 60% of Americans support legal status for undocumented immigrants, although they are split on what that status should be. In spite of weeks of hate speech against immigrants, most Americans still want a sensible immigration policy. However, one result of the new poll means that the restrictionist message will continue to play for the next 16 months.

A majority of Republicans say they oppose immigration reform, meaning that political campaigns hoping to tap into conservative voters will keep this issue on the airwaves. 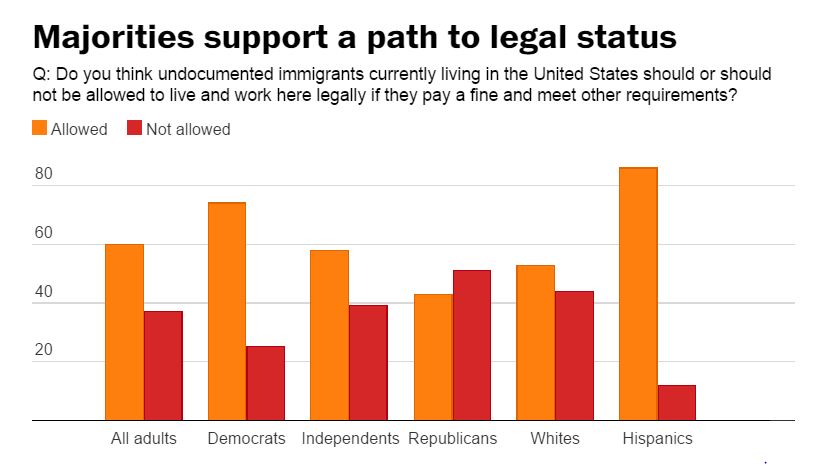