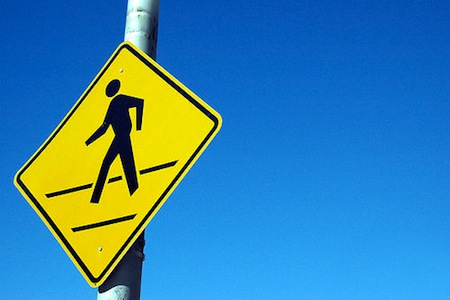 As most Long Islanders know, roads here are among the most dangerous in the state for pedestrians, those who use wheelchairs, and bike riders. From 2006-2008, Hempstead Turnpike in Nassau and Sunrise Highway in Suffolk were the top two most deadly in the New York City area, with 13 and 10 fatalities, respectively.

Undocumented immigrants are particularly vulnerable to roadside safety issues since they can’t legally obtain driver’s licenses, but the problem affects a range of Long Islanders who want to walk or bike in their communities.

Hopefully, changes will be on the way.

Gov. Andrew Cuomo recently signed a new law that should make roadside safety a priority, and, among other things, increase the number of curb cuts that allow wheelchair users and people with strollers to cross the street from the sidewalk.

NY Enacts Law to Protect All Who Use Local Streets

NEW YORK – Gov. Andrew Cuomo has signed a new “Complete Streets” measure into law that should eventually make it safer for pedestrians, bikers and parents with strollers to navigate New York streets. Locals say the new law is especially important on Long Island, where multi-lane highways were built with little thought to pedestrians.

Linda Lisi Juergens, executive director of the National Association of Mothers’ Centers, says it’s a sign of relief for children who walk or bike to school, and moms and dads who like to walk to do their shopping.

“The amount of cars in relation to how safe pedestrians feel, it’s really out of balance – and safe streets will really help pedestrians being able to navigate to commercial establishments and other community resources.”

One of the benefits of the new law will be curb cuts, Juergens says, making it easier for New Yorkers in wheelchairs, children on bikes and parents pushing strollers to travel between sidewalks and roadways.

Kate Slevin, executive director of the Tri-State Transportation Campaign, says Nassau and Suffolk Counties are among the most dangerous places for folks in wheelchairs and those who walk or ride bikes.

“Route 25-A on Long Island, Hempstead Turnpike; these roads typify the type of roads I am talking about. So we hope that eventually, this legislation will help make these roads – which are particularly dangerous for walking – safer. “

Juergens says the new law also provides some health benefits for children across the state.

“The bike lanes will not only help with safety issues, but with obesity issues and fitness issues. So, a child who might now be walking to school because it doesn’t feel safe to take their bike might be biking to school.”

Supporters say the law is also intended to promote a cleaner and greener transportation system and help boost the economy with easier access to local retail outlets.