For those of us in the LGBT communities on Long Island, there has been reason to celebrate this summer.

In June, New York State passed the landmark Marriage Equality Act, granting legal marriage rights to same-sex couples. Communities from the West Village to Bay Shore joined together to celebrate the victory and honor those whose work made it possible.

Last week, we heard more news that could potentially bode well for same-sex couples, not just in New York State, but across the country. The Obama administration announced that it will begin prioritizing deportations, focusing on criminal deportations and allowing undocumented immigrants with “low priority” cases to stay in the US and apply for a work visa. Depending on how the administration enacts the new guidelines, the change could potentially mean that thousands of transnational LGBT families in New York will be able to stay together.

Again, this is good news. But it’s important to recognize the limitations of the deportation policy shift.

Despite the changes, the federal government still doesn’t recognize same-sex marriages. Even if the changes by the Obama administration are comprehensive in scope, the policies may evaporate under a new president, or even under a second-term Obama.

So despite the new deportation guidelines, we haven’t actually secured the rights of transnational LGBT couples, and the future for those couples is still on very shaky ground. 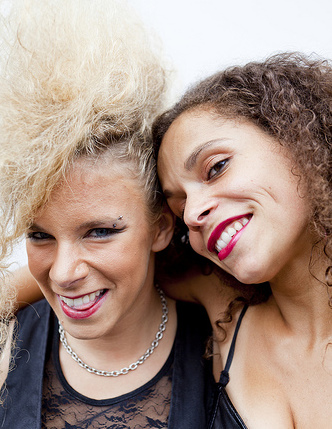 The main obstacle is the Defense of Marriage Act (DOMA), which prohibits federal recognition of same-sex marriage, even if states pass a marriage equality bill. That means that LGBT immigrant spouses still can’t obtain citizenship through marriage in the way a heterosexual couple would.

We see the impact of these discriminatory immigration policies over and over again. One of the more recent cases is of Anthony John Makk, an Australian immigrant who faces deportation despite legally marrying his US-citizen partner, Bradford Wells, in Massachusetts in 2004.

Makk and Wells have been together for 19 years. What’s even more heartwrenching is that Makk is the primary caregiver for Wells, who is suffering from HIV/AIDS.

With the change in policy by the Obama administration, the couple now has a ray of hope. Their case may be deemed low priority, which would allow them to stay together—at least for the time being.

While that outcome is certainly preferable to deportation, it’s not a long-term solution. We need to overturn the Defense of Marriage Act, a discriminatory law that flies in the face of our nation’s belief in equality before the eyes of the law. In addition, we need comprehensive immigration reform—a lasting fix to our broken immigration system.

So we can celebrate for now, but let’s not lose sight of the bigger picture, and the need for enduring changes that will acknowledge the rights of those in the LGBT communities.

Pete Carney is a licensed master social worker and the director of Pride for Youth. Pride for Youth, a project of the Long Island Crisis Center, is a service and advocate for lesbian, gay, bisexual, and transgender (LGBT) youth throughout Long Island.