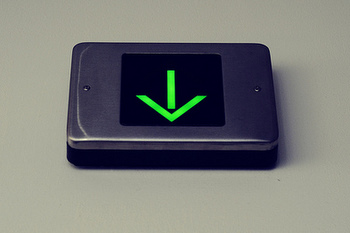 A near-record number of counties across the country are dying due to drops in population, leaving states like West Virginia, Maine, Pennsylvania, and Vermont with questionable futures unless they undergo an influx of young Hispanic immigrants or new economic development.

Roughly 760 of 3,142 counties nationwide are losing residents, and suffering the economic consequences.

In all, roughly 760 of the nation’s 3,142 counties are fading away, stretching from industrial areas near Pittsburgh and Cleveland to the vineyards outside San Francisco to the rural areas of east Texas and the Great Plains.

Once-booming housing areas, such as retirement communities in Florida, have not been immune.

West Virginia was the first to experience natural decrease statewide over the last decade, with Maine, Pennsylvania and Vermont close to following suit, according to the latest census figures. As a nation, the U.S. population grew by just 9.7 percent since 2000, the lowest decennial rate since the Great Depression.

“Natural decrease is an important but not widely appreciated demographic phenomenon that is reshaping our communities in both rural and urban cores of large metro areas,” said Kenneth Johnson, a sociology professor and demographer at the University of New Hampshire’s Carsey Institute who analyzed the census numbers.

Johnson said common threads among the dying counties are older whites who are no longer having children, and an exodus of young adults who find little promise in the region and seek jobs elsewhere. The places also have fewer Hispanic immigrants, who on average are younger and tend to have more children than other groups.

“The downturn in the U.S. economy is only exacerbating the problem,” said Johnson, whose research paper is being published next month in the journal Rural Sociology. “In some cases, the only thing that can pull an area out is an influx of young Hispanic immigrants or new economic development.”