Tens of thousands of Americans converged in Washington, D.C. on Wednesday to march in unison in support of comprehensive immigration reform.

“Today we stand as brothers and sisters in support of comprehensive immigration reform,” said Senator Bob Menendez of New Jersey. “We need to get those who are in the shadows into the light so they can be a part of the American dream. These are the people doing the jobs that are building America, it’s time to give these people the dignity they deserve.” 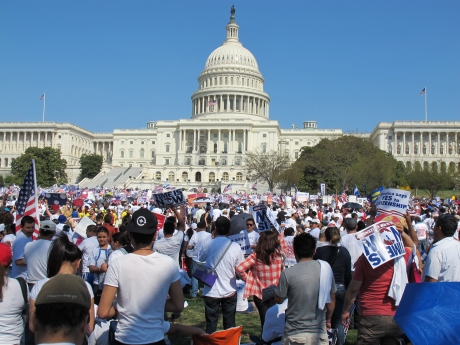 Although many expect the Senate’s “Gang of Eight” to release their immigration plan within the coming days, that did not stop tens of thousands from around the nation from gathering in Washington to let our elected officials know that the people want reform.

“My family has been separated because of our immigration system,” Jose Pacheco, a Washington, D.C. resident told Long Island Wins. “We need immigration reform so that we can be back together.” 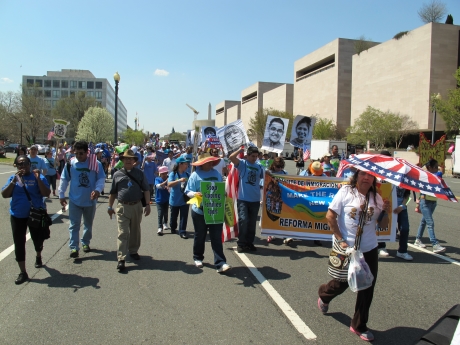 Local organizations, including Long Island Wins, Make the Road New York and the Long Island Civic Engagement Table were among the groups in attendance in Washington, marching alongside allies and like-minded groups from around the nation. It’s estimated that at least 2000 attendees were from New York.

Also showing up in force were labor leaders from around the country, including the United Auto Workers union.

“The UAW has been at the front of every social justice movement,” said a union field representative from Detroit who declined to be named. “Our former president Walter Reuther walked hand-in-hand with Dr. Martin Luther King and our president Bob King is here today in support of social justice. We support the Dream Act. And we support immigration reform because under the current system, immigrants are being taken advantage of, which drives wages down for all Americans.” 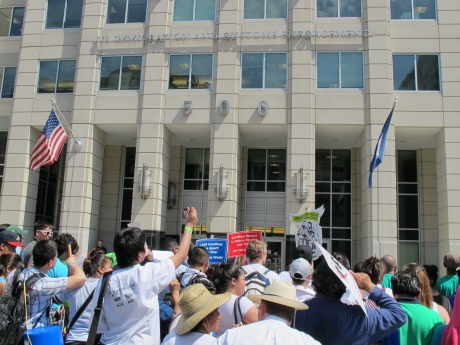 The march on Washington also included a rally in front of the offices of Immigration and Customs Enforcement to demand that deportations be ceased. 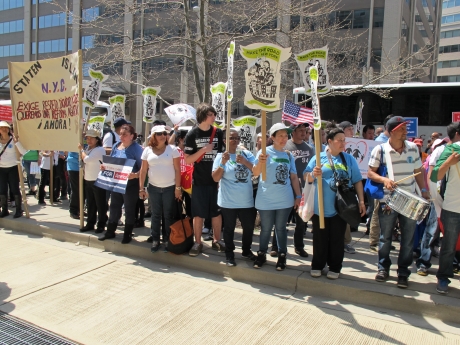 Wednesday was a nationwide day of action for immigration reform. Those that were unable to make the trip to Washington gathered in local communities throughout the nation, including in Garden City.

Congresswoman Carolyn McCarthy proudly supports immigration reform, and advocates from around Long Island gathered in front of her office Wednesday afternoon to show that we support her and that we support immigration policy that works for everyone. 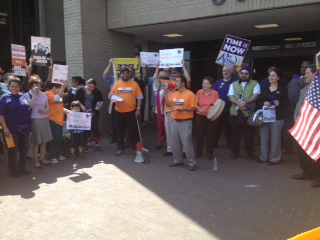 While our elected officials continue to iron out the details on comprehensive immigration reform, an estimated 11 million undocumented immigrants remain in the shadows. Wednesday’s Day of Action sent a clear message to congress that Americans from all walks of life want immigration reform.