Hi, this is Long Island Wins’ community organizer Hendel Leiva. I recently returned from a week-long trip in Peru and wanted to share some of my experiences traveling in a country that was familiar, yet foreign to me.

I’ve traveled to Ecuador every other summer since I was 12. I’ve traveled by bus from Quito to Guayaquil, Portoviejo, Bahia, and have even traveled on bus to Colombia. I’d describe my culture as being a fusion of indigenous traditions and Spaniard influences.

Growing up I was fortunate to learn about the political landscape of Latin America in school, while experiencing it for myself, firsthand on my summer vacations. One thing that had always struck me was the marginalization of the peoples of Indigenous and African descent in Ecuador. This is why I’ve always had an interest in countries such as Bolivia and Peru, where, because the indigenous population is the majority, one can find greater equality amongst its citizens.

In Cusco, the Plaza De Las Armas is a center-square where you can find tourists from around the world, including visitors from the United States, Argentina, Chile, Guatemala, and China. The square itself is a sight to behold, both in the daytime and nighttime hours. The mountains overlooking the town provide an amazing backdrop, reminding one of the elevation of the town: 11,200 feet above sea level. 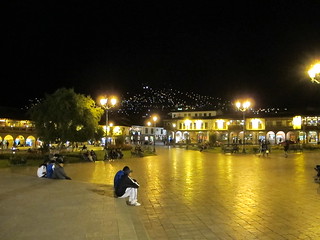 I went on a tour of some of the lesser-known Incan ruins such as Ollantaytambo, and Pisac. The trek through both sites was arduous, but having practiced breathing techniques during cardio-based training at the gym really paid off! The sights were unlike anything I’d ever seen – the amount of mountains was endless. It made me wonder about the great civilization that once thrived at these locations. 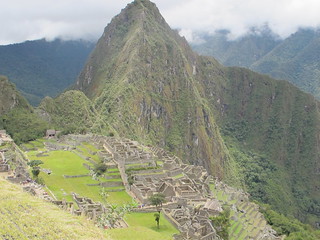 The trip up to Machu Picchu began with a four-hour ride from Cusco to a town called Aguascalientes. We were so high up that at one point, the train rode though a cloud, which was surreal. Upon arriving, I took a bus up to the entrance of the Machu Picchu Park. I was very excited, yet nervous when looking down and realizing the altitude that the bus was traveling at. The city and mountain finally came into view – I was speechless. For the next four hours I walked the ruins, appreciating every moment. Postcards and photographs simply do not do it justice. I enjoyed being surrounded by such culture and history that is directly related to my heritage, which made the experience even more special!