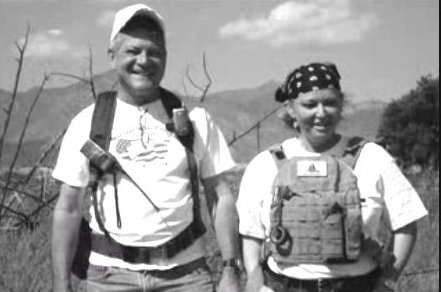 You know the defense is in trouble in a murder case when it puts a witness on the stand who says that the defendant met with him to plan a robbery weeks before the killing.

That is the position Minuteman leader Shawna Forde’s lawyers found themselves in on Tuesday. Forde faces the death penalty for masterminding the killing of Raul Flores and his 9-year-old daughter Brisenia in Arivaca, Arizona, on May 30, 2009.

Forde’s defense team called Robert Copley to testify about a meeting he had with Forde and another Minuteman member about her plans to raise money for her militia group by robbing suspected drug dealers. Copley is the founder of the Colorado Minutemen and had turned into an FBI informant by the time of the meeting.

Copley said that the discussions focused on an action in Arivaca, and that someone at the meeting drew a map of the area. He claims that Forde did not discuss killing family members of the supposed drug dealer, which contradicts a statement by another participant at the meeting.

During the course of the trial, jurors have heard a conversation between Forde and another Minuteman that occurred after the killing in which Forde talks about picking new “targets.” Jurors have also seen a post-shooting text message in which Forde allegedly wrote: “Have next target intel Will need 4 man team details when we meet.”

The defense told the judge on Tuesday that Forde will not testify in the trial.

Court proceedings will resume on Thursday.