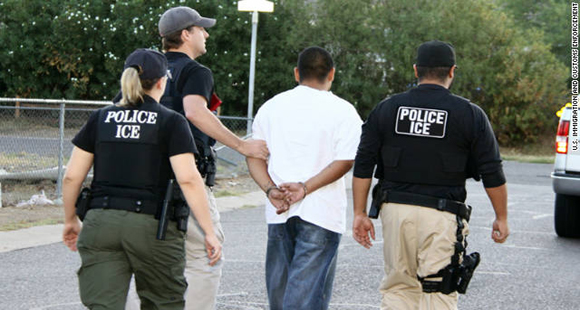 The highest court in the State of Massachusetts has ruled that state court officers have no power to detain immigrants based on ICE holds. ICE has been demanding that local law enforcement around the country detain immigrants for up to 48 hours without a judicial warrant based on so-called administrative detainers issued by an ICE supervisor. According to the Boston Globe:

Massachusetts court officers will no longer honor federal immigration agents’ requests to hold people for up to 48 hours after their criminal cases are over, the Supreme Judicial Court ruled Monday.

The court said that keeping people in custody for civil immigration matters amounts to an arrest, and there is nothing on the Massachusetts law books or in the common law in the state that gives court officers — who have arrest powers in courthouses — authority to deny people their freedom because of such infractions.

“Simply put, there is no such statute in Massachusetts,’’ the decision states. “No party or amicus has identified a single Massachusetts statute that authorizes a Massachusetts police officer or court officer, directly or indirectly, to arrest in the circumstances here, based on a Federal civil immigration detainer.”

The case involved court officers, the white-shirted men and women who provide security in courtrooms. But it included wording that suggested it could also apply to police.

Attorney General Maura Healey hailed the ruling, saying in a statement that it applied to “local law enforcement” across the state. “As my office argued in this case, Massachusetts law protects our residents from illegal detention and prevents the federal government from forcing local law enforcement to make decisions contrary to the public safety interests of their communities,” she said. “This decision allows local law enforcement to focus their resources on keeping people safe.”

Her office said it was also the first statewide decision in the nation on whether local law enforcement officials could, as a matter of state law, detain people at the request of federal immigration officials.

The ruling comes as President Trump has vowed to crack down on illegal immigration — and as Boston and other cities in Massachusetts have declared themselves sanctuary communities that limit their cooperation with federal immigration officials.

The ruling in the case, Lunn v. Commonwealth, emphasized that the detention requests are just that, requests, and court officers are not required to comply with them. “The administrative proceedings brought by Federal immigration authorities to remove individuals from the country are civil proceedings, not criminal prosecutions,’’ the court said.