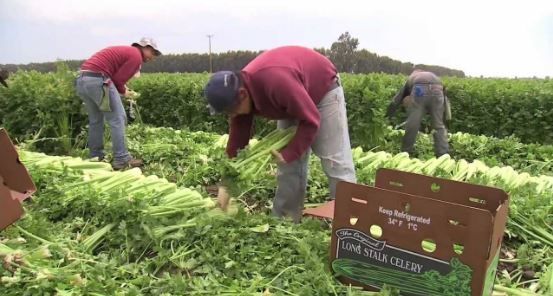 Katherine Gustafson, writing in Forbes, reminds us that the politicians calling for mass deportations this electoral season might have a hard time getting fresh veggies if their policies were ever actually put in place. Gustafson writes on the business of agriculture for the magazine. She writes that “there is a real and direct causation between [mass deportations] and the price of the things we need to buy every day” because “at least 60 percent of agricultural workers are undocumented.”

Anti-immigrant politicians never tell us how they will replace the undocumented farm labor workforce. When immigrants were driven out of Alabama by repressive laws several years ago, native-born workers did not step forward to pick crops in the summer heat. Gustafson writes that; “If you haven’t paused to think about this before, I would recommend you do before it’s too late: Not having the people needed to grow our food means we won’t grow enough food.”

The collapse of the agricultural labor market, she says will have other impacts; “Not growing enough food means that we will have to pay more for the food we do produce, as well as import extra. Importing food will also drive costs up.”

Anthropologist Lisa Meierotto of Boise State is the author of a recent study cited by Gustafson that farmers without sufficient workers would be more likely “to switch to crops that can be harvested mechanically in lieu of crops that need human precision to pick (e.g., corn or soy rather than tomatoes or strawberries).” So our food would cost more and our diets would be poorer.