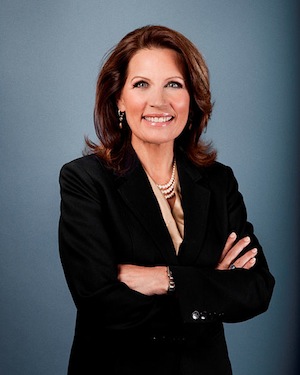 Yesterday, Michele Bachmann announced that she had become a Swiss citizen. A lot of you may have just looked at this citizenship thing as the latest manifestation of her weird political trajectory, but I was interested in just how a US-born Midwesterner got to become Swiss without ever living in Switzerland.

Bachmann says that she “automatically” became a Swiss citizen when she married her husband back in 1978. I know that under current Swiss law, such an “automatic” grant of citizenship does not take place. A spouse has to apply for citizenship and demonstrate her substantial ties to Switzerland.

Under current laws, people hoping to become Swiss citizens must demonstrate that they speak one of the country’s three official languages: French, Italian, or German. That’s right, one of the most stable democracies in the world is officially trilingual, without being balkanized. The language requirement is waived for the spouses of Swiss citizens, so Bachmann only needs to speak Minnesotan. Wish that were the case for the spouses of US citizens applying for naturalization here.

Considering all the Tea Party “birther” and “anchor baby” lunacy over the last four years, I would think that the anti-immigrant crowd would be angry at Bachmann for not revealing her “dual allegiances” when she ran for president. Or do such things only warrant concern when the person of “questionable loyalty” is non-white?