Two rallies today showed support by Long Islanders for refugee families being forcibly separated by the Border Patrol at the order of Attorney General Jeff Sessions. A large rally outside of Congressman Peter King’s Massapequa Park office drew nearly one hundred participants. Rev. Marie Tatro of the Episcopal Diocese of Long Island warned that the Trump administration was “demonizing immigrants and demonizing immigration itself.” Dozens of passing drivers honked their support for the rally. 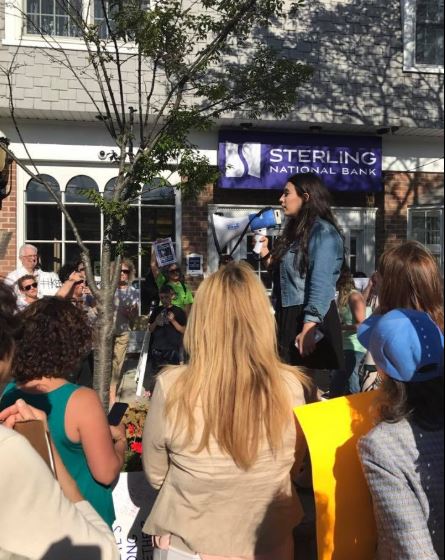 A vigil in Huntington included many pediatricians who said they wanted to defend the physical and mental health of the refugee children being torn from their parents.

According to Newsday, Dr. Steven Goldstein, president of New York Chapter 2 of the American Academy of Pediatrics explained that “We are here to say that this policy is not acceptable on legal, ethical or moral grounds. Immigrant children are still children and they need our help, not our persecution.”

Long Island is on the front line of Trump’s war on immigrants and we are standing up for justice.