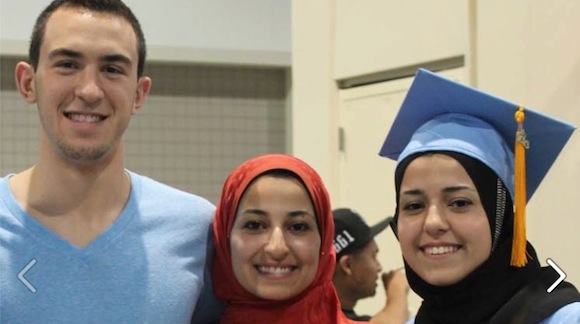 On Tuesday, three beautiful lives dedicated to serving those in need were ended in inexplicable violence. This act of murder surely so painful to American Muslims, will undoubtedly send another heightened wave of fear throughout the Muslim community.

Deah Barakat, his wife Yusor Mohammad, and her sister Razan Mohammad Abu Salha of Chapel Hill, N.C. were killed by a neighbor in what appears to be a hate motivated crime.

The media and police continue to refer to this incident as “an ongoing neighbor dispute over parking.” The deliberate, execution-style killings, however, seem to defy this logic.

An attack on the Muslim community is an attack on all faith communities. We grieve alongside the family and friends of these three bright, young people who had so much to offer their community, our country, and the world.