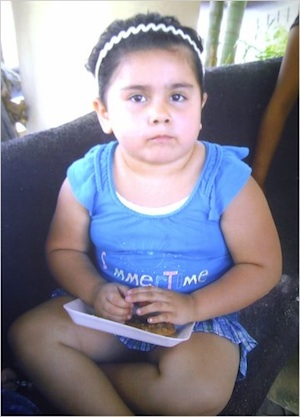 On Monday, I published a story about a 4-year-old girl from Brentwood whose family says she was subjected to de facto deportation to Guatemala despite being a US citizen.

Emily Samantha Ruiz was en route to the New York City area after a vacation to Guatemala with her grandfather when their flight was rerouted to Dulles International Airport in Washington, DC. Her grandfather ran into immigration problems at the airport related to an infraction incurred in the 1990s, and the pair never made it back to Long Island.

When her father, Leonel Ruiz, finally tracked her down, he learned that she was in the custody of U.S. Customs and Border Protection. Ruiz spoke with an official despite a language barrier—Ruiz speaks some English, the official did not speak Spanish—and he says that the official gave him two options: Place Emily in a children’s facility in Virginia or send her back to Guatemala with her grandfather, who was being deported.

He chose to keep her with her grandfather.

A spokesperson from U.S. Customs and Border Protection had a conflicting account of the conversation, The New York Times reports:

Officials at Customs and Border Protection say they offered Mr. Ruiz the chance to pick up Emily at the airport, but he “elected to have her return to Guatemala with her grandfather.” The customs agency “strives to reunite U.S. citizen children with their parents,” Lloyd M. Easterling, a spokesman, said Tuesday.

But such a meeting could have put Mr. Ruiz at risk of detention, and he said he was never offered that option.

The story is emblematic of a difficulties encountered by the US-citizen children of undocumented immigrants who, in many respects, are still forced to live in the shadows as a result of the immigration status of their parents.

Despite the threat of deportation, Leonel Ruiz told New York Times reporter Sam Dolnick that he would have risked a meeting with the border agency, if given the option:

Terrified that she would be given up for adoption if she entered state custody, Mr. Ruiz said, he agreed to put her on a plane back to Guatemala. “We were very worried, and my wife was crying and crying at what was happening,” Mr. Ruiz said.

In the print edition of El Diario La Prensa, Don Kerwin, the vice president of the Migration Policy Institute, was quoted in Spanish regarding the case [appearing here in English, via EFE]:

It’s understandable that the parents didn’t want to come near (to where their daughter was) if they’re here without documents, and I’m not surprised that CBP didn’t want to hand over the girl if she had no family member with legal status…what typically happens is that if the parents are undocumented, they are deported together with their children, even though the latter are U.S. citizens.